Oppo has announced the launch of its new Enco M31 headband-style wireless headphones in India. This happens to be the second wireless neckband style headphone the company has come up with, the first being the Oppo Enco Q1.

As revealed during the launch, the new headphones boast of High-Resolution Wireless certification to ensure the most immersive listening experience. Aiding in that, in no small measure, is the Artificial Intelligence based noise cancellation tech that the headphone features.

The company also stated users will have balanced audio across the entire frequency range, which includes ‘clear high frequencies, rich mid-range frequencies, and powerful low frequencies.’ This, the company said, has been achieved thanks to the usage of independent bass chambers, PET titanium composite diaphragms and 9.2 mm full-range dynamic drivers. 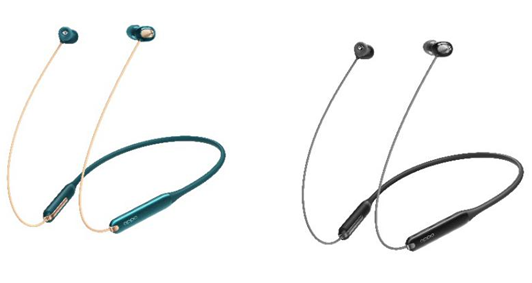 The new headphones are also compliant with Bluetooth 5.0 and LDAC technology that allows for transmission speeds as high as 990 kbps. The neckband again is made of shape-memory metal with a layer of liquid silicone rubber on top for optimum user comfort.

The new Enco M31 headphones is slated for market debut starting March 30, 2020 and will be available in colour options of Black and Green. Price of the new M31 is anybody’s guess at the moment.

The company had earlier launched the Oppo Enco Free and Oppo Enco W31 during the launch of the Reno3 Pro smaprtphone in India on March 2, 2020. The Enco Free sells for Rs 7,999 while the Enco W31 will set one back a cool Rs 4,499 in the country.