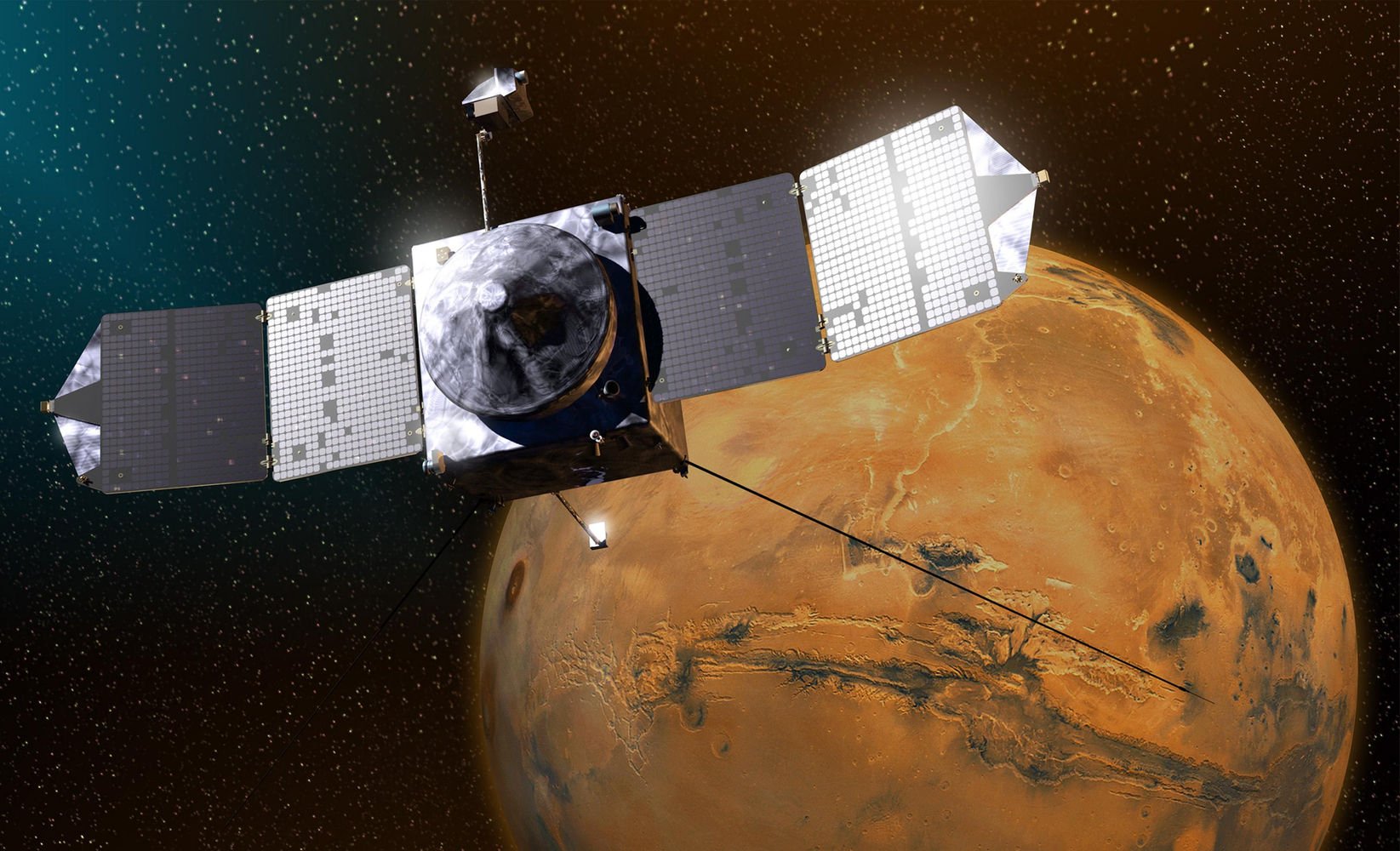 The NASA Mars Orbiter has taken a spectacular picture of Earth and its only natural satellite, Moon from a distance of about 205 million kilometers from Earth. The Orbiter took a picture of Earth with its continents clearly discernable and the moon in all its glory. The comparative size of the moon is also evident. The image is two pictures which were taken by a powerful telescope aboard the orbiter. The images were clicked by the HiRISE camera aboard the spacecraft on November 20th.

The two images were shot at different times and at different brightness scales since the moon is much darker than the Earth and will not be visible at the same intensity level used to photograph the Earth. Both Earth and its satellite appear much closer than they are. The image was taken at a time when the Moon was almost directly behind the Earth. This gave a clear view from Mars of the Earth-facing side of the moon.

The Mars Orbiter mission is modeled after the NASA MARS Global Surveyor who was also sent to study the Red Planet from orbit. The satellite has numerous sensitive instruments which also include a large camera to take ultra high-resolution pictures of the red planet as well as a visible-near-infrared spectrograph.

The tools aboard the NASA Mars Orbiter include HiRISE camera which can take pictures with a resolution of 1 microradian (μrad), CTX camera which enables grayscale images with a pixel resolution up to about 6m, and MARCI camera which is a low resolution, wide angle camera taking pictures in five visible and two ultraviolet band ranges. Other instruments include CRISM spectrometer and SHARAD radar.