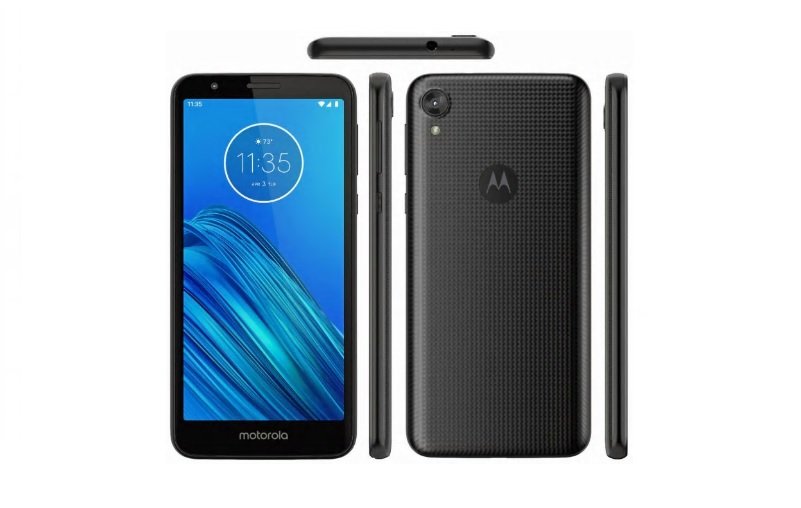 Lenovo-owned Motorola recently launched the much-anticipated Moto One Vison handset. Now, it appears the company is prepping the launch of the Moto E6 series. The handset was recently spotted on benchmarking database Geekbench. Today, credible tipster Evan Blass has posted a photo the Moto E6 which shows the device from all angles.

Going by the leaked renders, the Moto E6 is likely to feature chunky bezels on all sides. The top bezel houses the selfie camera along with the earpiece, while the Motorola logo is emblazoned on the bottom of the display.

Moving on to the rear, the back panel can be seen heavily textured, most likely to offer a better grip. Besides, we can see a single-lens rear camera placed on the top left corner right below the flash. Meanwhile, the back also sports Moto brand logo which might double up as a fingerprint sensor.

The leaked image also shows the volume rockers and power buttons housed on the right edge, while the 3.5 mm headphoine jack is placed on the top edge of the Moto E6. The leaked image, however, does not reveal the bottom edge of the device. That said, it’s safe to assume the speaker grille and the charging port could be placed there.

As per earlier leaks, the Moto E6 is expected to sport a 5.45-inch HD+ display, 2GB RAM and 32GB/64GB of built-in storage. Under the hood, the device could either run Snapdrgaon 430 or MediaTek Helio P22 processor. As for cameras, the Moto E6 could feature a 13MP single-lens primary camera with f/2.0 aperture and a 5MP front-facing shooter.

More leaks about the Moto E6 are likely to surface as we near its official release. We’ll update you as soon as we hear anything new. Until then, keep checking back for more.