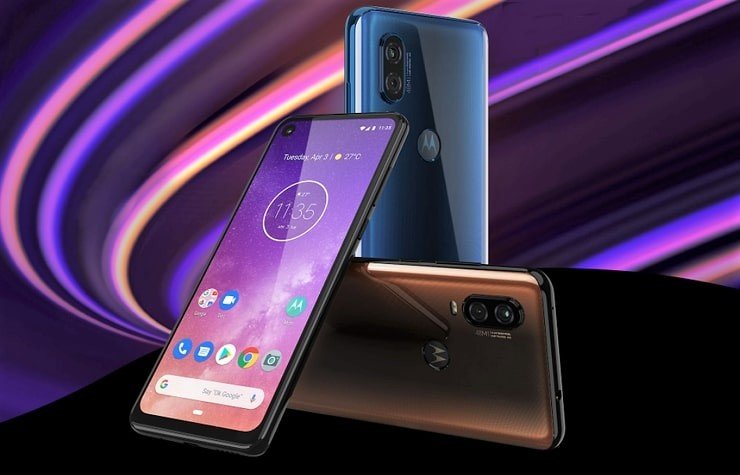 After launching the pretty average Moto G7-series and the Motorola One, earlier this year, the company has now unveiled a new smartphone in its One-series. Dubbed as the Moto One Vision, the premium mid-range smartphone is explicitly aimed at young customers who want premium cameras with an immersive media experience.

Notably, Motorola One Vision is India’s first smartphone with a 21:9 aspect ratio. That said, main highlights of the handset include a CinemaVision display, Exynos 9609 SoC, Android One and a 48MP Camera.

The Motorola One Vision sports a 6.3-inch IPS display with a full-HD+ (1080×2520 pixels) resolution. Furthermore, the panel bears a 21:9 CinemaVision aspect ratio and a hole-punch camera cutout on the top-left corner.

Under the hood, it gets powered by 2.2GHz octa-core Exynos 9609 SoC sourced from Samsung, alongside 4GB of RAM. Furthermore, the phone gets 128GB of storage which can be expanded further up to 512GB using the hybrid microSD card slot. The performance here should more or less similar to the Samsung Galaxy A50.

For photography, the Motorola One Vision features a dual camera setup at the rear. The module comprises of a 48-megapixel primary sensor with f/1.7 aperture. It is further accompanied by a 5-megapixel secondary shooter with an f/2.2 lens for depth sensing.

The camera is equipped with nifty features like dual-LED flash, 8x digital zoom, portrait mode, etc. For selfies, the phone has a 25-megapixel front shooter with f/2.0 aperture, which by default uses pixel binning to shoot more details and light.

On the software front, the handset runs Android 9 Pie under Google’s Android One program. Motorola says the device will get the Android Q and Android R updates as and when Google releases them.

A 3,500mAh battery backs all of this. It also supports TurboPower charging, claimed to give up to 7 hours of power in just 15 minutes of charging.

Moto One Vision: Price in India

Motorola One Vision price in India has been set at Rs. 19,999 for the sole model with 4/128GB configuration. The device will be offered in Bronze Gradient and Sapphire Gradient colours with sales starting June 27 exclusively via Flipkart.

An avid media student who is highly passionate about technology since childhood. He has good experience in video production, gadget reviews and is ardent about writing on tech.
Website: https://pc-tablet.com/author/ritik@pct
Posts created: 377

Valorant 1.0 launch will include cool new character and features