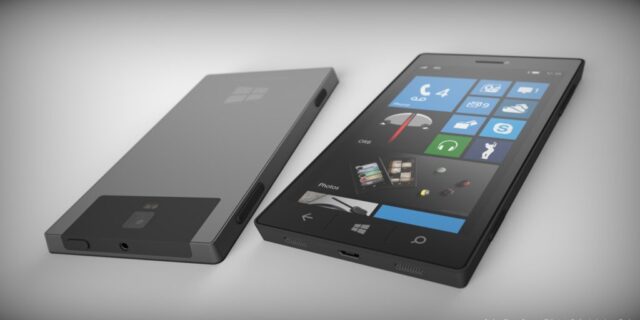 There have been several rumors about Microsoft to be building a Surface Phone, which could replace its existing Lumia-branded smartphones. Two years ago, Microsoft bought Nokia and since then it has been hammering away at its selection of smartphones. In 2016, the much anticipated new model could be introduced by Microsoft: The Surface Phone.

The Surface mobile device has not been announced or officially recognized by Microsoft. However, according to the rumors this device would be roughly designed around the Surface tablets, and could be aimed at businesses. With this device, it is expected to that Microsoft ‘s failing smartphone efforts would turn around.

The Surface Phone is supposed to be a flagship smartphone; it will have an industrial design which will be similar to the Surface Book and Surface Pro 4 tablet. It is expected to be shipped with flagship materials and a premium price tag to match, just like the other surface devices. According to Industry sources, Intel is heavily involved in this smartphone project.

According to Gartner, Windows Phone presently accounts for around 1.7% of the worldwide smartphone market. As a whole, this has become a point of debate for Microsoft as a whole.

When Will Microsoft Announce Its Surface Mobile?

Mobile World Congress (MWC) in Barcelona, Spain, marks for Microsoft presence. This event will be conducted late this February. Microsoft could be looking to introduce its two high-end Lumia devices in this event. With the announcement of Microsoft brand new Surface Phone, the Lumia device range could probably get overshadowed.

However, if Microsoft doesn’t announce it Surface Phone at 2016 MWC, we can expect the announcement at Build, which the company’s big developer conference, in April.

Microsoft now owns the domain surfacephone.com, this a web address which is now directed to the Redmond technology firm’s Surface website.

This site is no confirmation that the Surface Phone is in the works. Especially when you take into consideration facts like Microsoft doesn’t even own the website Windows10.com.

The Microsoft’s Surface Phone Hardware will include:

One of the most interesting additions is the Surface-branded accessories, like the Surface Pen. According to reports, this was an explicitly mentioned item and is one of the convincing reasons to buy the rumored device. The functionality is expected to be similar to that of the Samsung’s S Pen, which was included with the company’s Note series of phones.

The design of the Surface Phone is expected to set it apart. As per reports the phone will feature an aluminum and magnesium unibody design. This will fit in with Microsoft’s current Surface tablet design language which is angular, squared off and sturdy.

Similar to the high-end Lumia devices, the Surface Phone will also run Windows 10 Mobile OS. The purpose of Windows 10 is to operate faultlessly, and cooperatively, across several devices, which include PCs, tablets, smartphones and laptops.

Yes, Surface Phone is also expected to work as a PC when you want it to. Continuum is a feature of Windows 10 which, when paired with a dock, allows the Lumia device to act like a PC. Which means the mobile phone can transform into a PC, and you can use a mouse, keyboard, and monitor. So all you need is a single device.

By leveraging Windows 10 and Universal Apps, Microsoft has positioned itself very well this will be a big selling point for the Surface Phone.

At this point, not much information has been received about the pricing of the Surface Phone. It is likely to command a high price tag as it’s a premium device. The other Surface devices are priced at $799 for the Surface tablets which go all the way up to $1,799. But this doesn’t give any estimation on how much the Surface Phone will cost.

In December last year, the Executive Vice President and Chief Marketing Officer, Chris Capossela of Microsoft revealed that the company is working on a new mobile device which is “breakthrough.” However, he explicitly didn’t refer the same to it the Surface Phone, but he confirmed that it is not going to be another version of Lumia. There is no confirmation from Microsoft directly, yet some reports claim that it may be announced as early as the second half of 2016.

Microsoft CEO, Satya Nadella told BuzzFeed that it doesn’t matter if only a few users are using Windows Phone as people use multiple devices. Microsoft is big when it comes to its potential focus on businesses.

Microsoft’s prime target is on business who need Windows to run Office. This is the reason Microsoft could be focusing on quality rather than quantity. The much-anticipated Surface Phone would fit perfectly in Microsoft’s lineup, which will add a business-oriented phone to a portfolio that is, by and large, mostly about innovativeness.