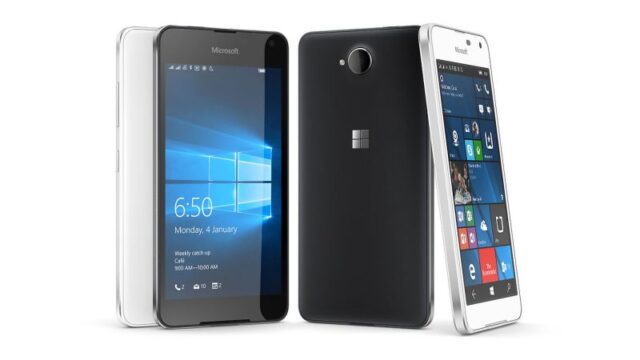 According to the latest report by WinBeta, Microsoft is scheduled to discontinue Lumia smartphones by December 2016. Gone are days where we used to watch the launch of the Microsoft Lumia-branded smartphones powered by Windows 8 and Windows 10. During the unveiling of Lumia handsets, Microsoft used to talk about the innovations the company is trying to bring to the smartphone market.

The report of possible discontinuation of Lumia handsets was initially gathered from a company insider by WinBeta. As per the available reports, the company will not most likely sell Lumia phones after January 1, 2017.

Initially, the Redmond-based software giant believed that the strong Lumia flagship smartphones could be a potential competitor to the likes of Apple, Google, and other leading companies. However, the results turned out to be fatal. With the passing of each quarter, the overall sales diminished to a large extent.

Throughout the whole Lumia history, the phones never increased to more than 10 percent market share. The global market share was negligible when compared to Apple. In August 2016, Microsoft announced permanent price cuts for Lumia 650 and Lumia 950.

Commenting on the latest development, a Microsoft fan declined to reveal the identity revealed to us that he is extremely shocked to hear this piece of news. Even though the majority of users feel that Microsoft is struggling in the smartphone segment for quite some time, the sudden decision to completely take off Lumia from the shelves comes as a rude shock for Windows enthusiasts. However, Microsoft will continue to sell Lumia phones till the existing stock lasts.

Buy Lumia till the stocks last

As of writing this, there are four smartphones in Microsoft Lumia flagship space namely Lumia 550, Lumia 650, Lumia 950, and Lumia 950 XL. You will be able to buy these four smartphones till the stock gets exhausted. It remains to be seen as to for how long Microsoft provides support for Lumia handsets.

According to industry analysts, when Microsoft launched it’s Lumia 650 in February 2016, it was rumored to be the final Lumia phone. We haven’t seen any launch of new Lumia phones after that.

If the rumor of Microsoft Lumia discontinuation turns out to be true, you can expect the arrival of Surface Phone by the first quarter of 2017. On the specifications front, the Surface Phone will feature a Snapdragon 830 processor coupled with 8GB RAM.

Earlier, Microsoft had abandoned Zune media player in 2007 after it failed to compete with iPod Touch. With the rumored elimination of Lumia brand, we need to be prepared for situations like this in future as well.

That being said, the main question here is about the viability of Windows Store apps after the discontinuation of Lumia handsets. Let’s wait and watch.