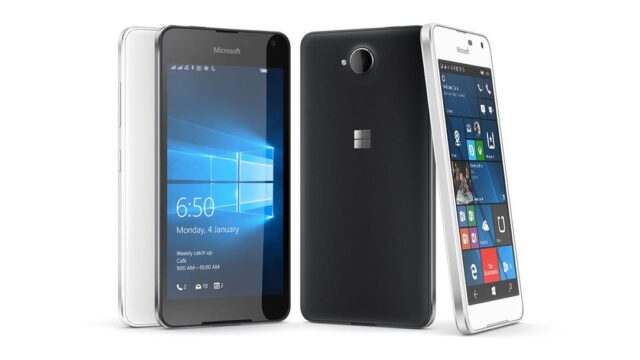 Microsoft has announced the availability of the newly launched Lumia 650 dual-SIM with Windows 10 in India exclusively on Amazon India. Touted as the last Lumia device and priced at Rs. 16599, the dual-SIM handset is available in matte black and matte white colors.

Announcing the launch of the device, Ajay Mehta, Country General Manager, Microsoft India revealed that the company has designed the Lumia 650 by incorporating the finest detail in a solid aluminium frame while delivering a consistent and familiar Windows 10 experience. Mehta, further, stated that the handset will be a perfect blend for enterprises and Windows fans alike since it ships with several productivity apps.

In terms of specifications, the Microsoft Lumia 650 Dual SIM features a 5-inch OLED HD Corning Gorilla Glass 3 protected display with support for ClearBlack. With a pixel density of 297 ppi, the handset comes with automatic brightness control and sunlight readability enhancements.

The Microsoft Lumia 650 Dual SIM, under the hood, packs in a Snapdragon 212 processor, 1GB RAM, 16GB internal storage (expandable up to 200GB) powered by a 2000mAh battery, which is capable of delivering a talk time of up to 16 hours.

While the main camera features an 8MP autofocus LED flash sensor with 2x zoom, f/2.2 aperture, the front-facing shooter is accompanied by a 5MP sensor with HD video resolution.

However, the handset doesn’t provide support for Windows 10’s Continuum feature, which enables you to connect the device to an external monitor.