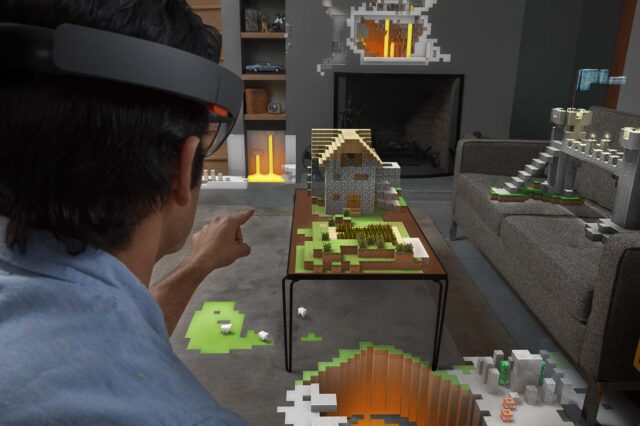 With its launch of the HoloLens, which are essentially hologram goggles, the parent company Microsoft did not use stunt cyclists or skydivers to introduce these. These Hologram goggles are all set to be the next big leap in computing technology.

Instead of the usual marketing tactics the company has introduced these goggles with real-world examples to show how people might use the three-dimensional digital images or holograms in daily life. This might be the exact thing that will entice people into buying a computer that they can wear on the face.

Most of the world’s biggest technology companies are trying to create wearable smart devices. Most of these devices are aimed at creating realistic, three-dimensional representations of the alien worlds or imaginary creatures.

The computerized eye wear Glass from Google is not a virtual reality device, but it brings to light the challenges of winning consumer acceptance. This device from Google was introduced in 2012, which had a Vegas style feat that incorporated mountain motorbikes and skydivers were landing on the top of a convention center.

There was little acceptance among consumers who did not like the idea of wearing the Internet connected apparatus on their head. This is the reason that Google suspended consumer sales last week.

At the same time, Google is working on a secretive device that works on virtual reality. Samsung and Oculus VR are developing gaming headsets, which block the view of the wearer and replace it with a virtual world.

The HoloLens by Microsoft projects realistic images on a screen in front of the eyes of the wearer. The screen is transparent so that you can still see what is in front of you.

The holograms are designed to respond to verbal commands and gestures, which are detected by the cameras and other sensors in the device. With its innovative marketing strategy, the HoloLens looks like it will get good consumer acceptance.