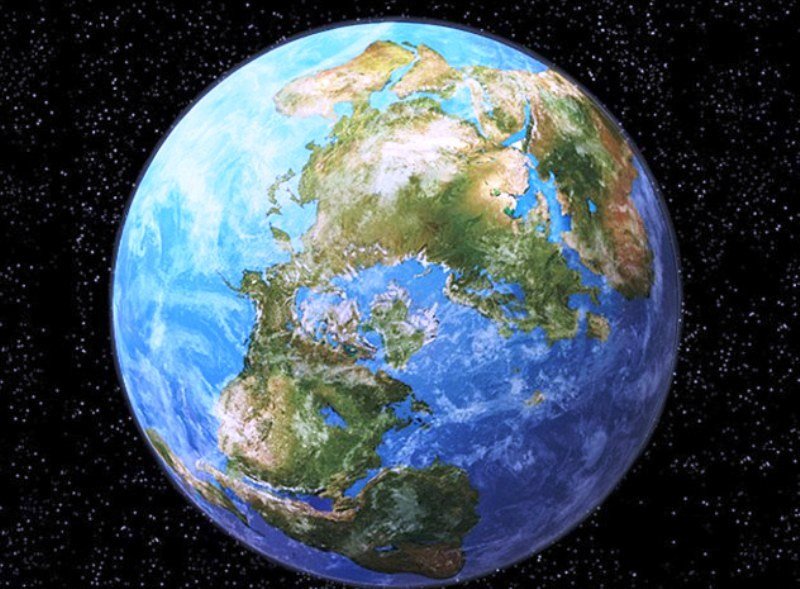 The Earth did not look like it is today, some few millions years ago and it will not look same some million years from now. How will the Earth look like some 250 million years from now? Simulations using computers say that a new Megacontinent will emerge and it will be named Amasia. Simulations also provide exact details of how the continent will be formed and what will happen to the land masses and water bodies which we see today.

The world would look something like this-North and South America continents will be forced to become sandwiched together. Asian continent will also join the now unified Americas, and the Caribbean Sea and the Arctic Ocean will cease to exist. All this will be caused by the movement of tectonic plates. Tectonic plates are huge plates of Earth crust, which have drifted together and then separated over the course of millions of years.

According to Researchers from Yale University researchers and Japan’s Agency for Marine-Earth Science and Technology, using sophisticated computer simulation, a new and gigantic continent will be formed over the course of 250 years, and they have named it Amasia.

This path-breaking research is based on a new theory- Orthoversion. The theory envisages that after a supercontinent breaks, the individual continents drift apart until they become trapped in a North –South subduction in which one plate sinks under another. At present this subduction is in the form of the Pacific Ring Of Fire. The  Ring Of Fire is a part of the Earth where the tectonic plates meet. It is a filled with volcanoes and significant seismic activities. The supercontinent will be formed in this Pacific Ring Of Fire.

Researchers came to this conclusion after analysis of the paleomagnetic data or the records of the planet’s magnetic field which gets preserved in the rocks with the variations in the spinning of the Globe on its spin axis. These variations are known as Polar Wander of the shifting of the Magnetic poles of the earth and are caused by changes which occur in the mass distribution of the planet. The Earth tries to maintain its rotational equilibrium by a readjustment which occurs during millions of years.