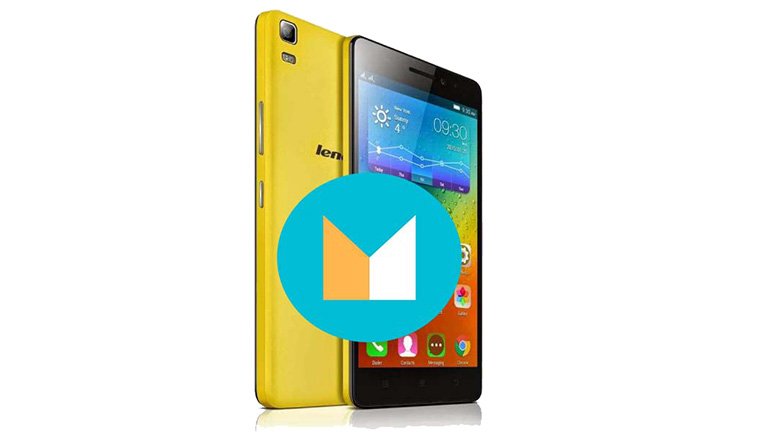 Lenovo has rolled out the much anticipated Android 6.0 Marshmallow update for Lenovo K3 Note much before the projected date. Owing to the success of the phablet among users in India and South-East Asia, the company released the update in March instead of April as mentioned on their official site.

The update brings Lenovo K3 Note from Android 5.0 Lollipop to Android 6.0 Marshmallow in conjunction with a couple of tweaks of its own. The usual Marshmallow features are present like the Google Now on Tap, granular app permissions, a bunch of new emojis, Doze mode, Adoptable Storage, etc.

The Doze mode helps to improve battery life when the phone is not in use by cutting off background activities. Marshmallow allows the user to revoke manually specific permissions for individual apps. The Adoptable Storage feature lets the user turn the removable SD card into a part of the system storage.

Owing to the massive size of the update and the fact the OTA rollout will be in phases, Lenovo is providing users an option to update manually their handsets by flashing the update onto their K3 Note. The package can be downloaded from the official Lenovo website.

The software also brings support for VR experience on the smartphone. This new feature which Lenovo is calling as ‘TheaterMax’, was first seen in the Lenovo K4 Note and later on the Lenovo Vibe X3. The recently launched Lenovo K5 Plus also has this feature. But, for an immersive VR experience taking advantage of the TheaterMax technology users are required to buy the ANT VR headset. The VR headset comes in at Rs 1,299 and is available on Amazon.

What are your views of the Lenovo K3 Note after this major update? The ROM based on Android 5.0 was quite buggy. Hope this update will take care of them.

Do you own this device? Tell us about your experience after the update in the comment section.

Android Marshmallow update will be making its way to various Lenovo handsets including the A7000, and its Plus variant, Vibe Shot, the recently launched Vibe X3, and other smartphones of the Vibe line-up.