Lenovo Vibe X3 with Dolby Audio and TheaterMax launched in India at Rs. 19,999 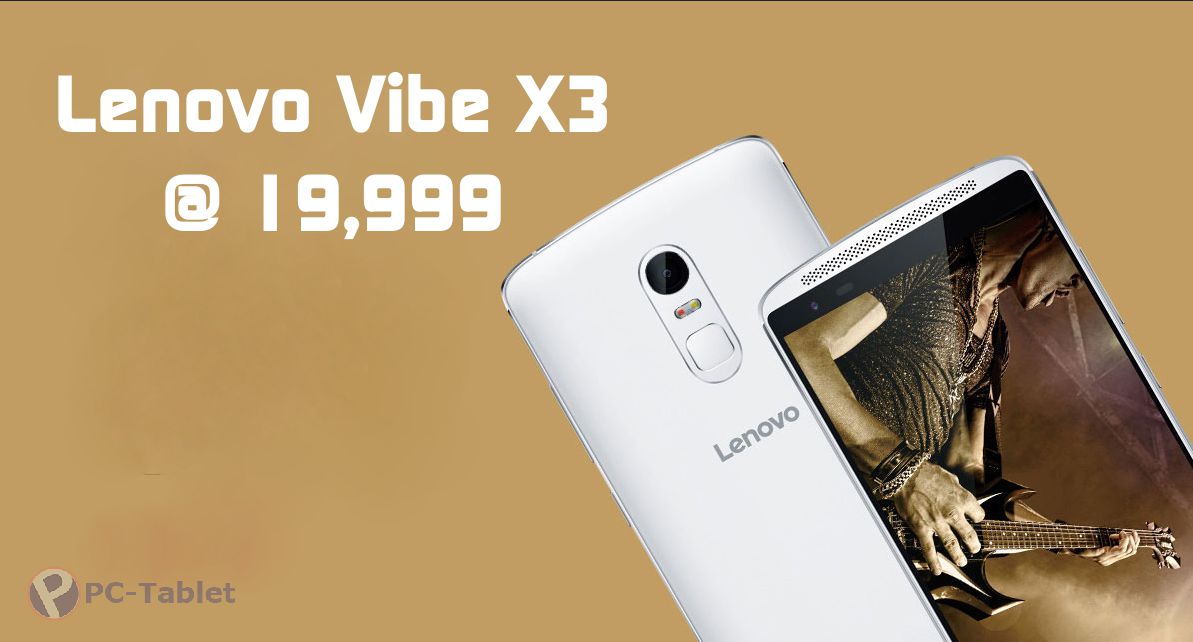 Lenovo, today, has launched its flagship smartphone, Lenovo Vibe X3 at an event held in New Delhi. Priced at Rs. 19,999, the smartphone will go on sale on 28th January, exclusively via Amazon India.

Featured with a PerfectView Display, the Lenovo Vibe X3 is capable of displaying 100% of the colors producible on a professional display. Moreover, the handset features turbo Hifi ESS Sabre 9018C2M amplifiers, which according to Lenovo is the world’s highest quality DAC.

Lenovo revealed during the launch event that there will be no loss of audio clarity since Vibe X3 includes high-performance 32-bit audio for lossless playback, which can play all audio formats.

Featured with efficient power management, Lenovo Vibe X3 includes low power sensor hub with support for activity and gesture recognition in addition to a low powered modem. The handset includes Cat 6 LTE modem, which provides a speed up to 300Mbps with support for the next generation 4G+.

At the back, Lenovo has placed a fingerprint sensor. Inside the handset, there is a 3,500mAh battery, which Lenovo claims will be able to last you a full day.

As with other Lenovo smartphones, the Vibe X3 comes with Vibe UI, but the interface has been tweaked in such a way that it looks similar to that of stock UI, as announced at CES 2016.

Lenovo Vibe X3 will be available exclusively via Amazon in White color. However, we also expect a Black variant when the phone goes on actual sale.