Huawei’s P series is the company’s flagship range featuring top-of-the-line specs with a particular focus on design and photography. While the company’s the Honor brand primarily caters to buyers on a budget, though without any compromises on performance and features. We put the recently launched Honor 8 in the ring with its flagship counterpart, the Huawei P9.

The two are similar in many ways. For instance, both devices feature a 5.2-inch 1080p IPS LCD screen, the same 3,000mAh battery, and are more or less similar in dimensions. But more importantly, both devices rock the same dual-lens camera setup, featuring two separate 12MP Sony sensors on the back which work in sync to produce better, sharper images.

Let’s see how the newly launched Honor 8 stacks up against the company’s P9 flagship.  We’ll try and figure out whether its worth spending an extra 10k on the Huawei P9, just to see how significant the gap is in terms of performance, features and camera quality. Can the Honor 8 give the Huawei P9 a run for the money? We can’t wait to find out.

The Honor 8 gets a 2.5D glass on the front and back, along with metal strips running along the edges. It looks quite distinctive, especially the back of the device which has got 15 layers of coating that refract light in distinctive colours when you move it. That said, the all-glass fascia also means the Honor 8 gets easily smudged with fingerprints.

The Huawei P9 is hands down one of most intelligently designed Huawei phones ever. From the metal unibody to its smooth rounded counters, the flush back and the sleek form factor puts it up there with the likes of Apple and Samsung in terms of design aesthetics. In comparison to the Honor 8, the P9 undoubtedly looks more polished and elegant. Besides, the Huawei P9 is also thinner and lighter than its budget counterpart and sits more comfortably in the palm of your hand.

Both devices pack the same 5.2-inch full HD, LCD IPS display panel with a pixel density of 423 ppi. Having said that, the display on the Huawei P9 is miles ahead of the Honor 8. It offers much deeper blacks, punchy and vibrant colours, and better saturation levels.

While the Honor 8 does the job, the phone’s display fails to awe. Colours aren’t as dynamic and eye-popping while watching videos and playing games compared to the P9. Contrast and saturation levels also fall short of its flagship counterpart.

Both smartphones come with a beefy set of innards. The Honor 8 gets a Kirin 950 SoC clocked at 2.3 GHz bundled with 4GB of RAM, while the Huawei P9 gets the high-end Kirin 955 processor clocked at 2.5Ghz bundled with 3GB of RAM. Now this doesn’t make a substantial difference when it comes to daily usage. I’ve used both devices and couldn’t find any noticeable differences in terms of overall performance. Both devices are well-equipped to run high-end games without any lags or stutters, while tasks such as web browsing, multi-tasking and app switching are handled at ease on both devices.

In terms of synthetic benchmark scores, the Honor 8 scored 79130 points in Antutu. While in GeekBench 4, the device managed to pull-off single and multi-core scores of 1521 and 4185 respectively. 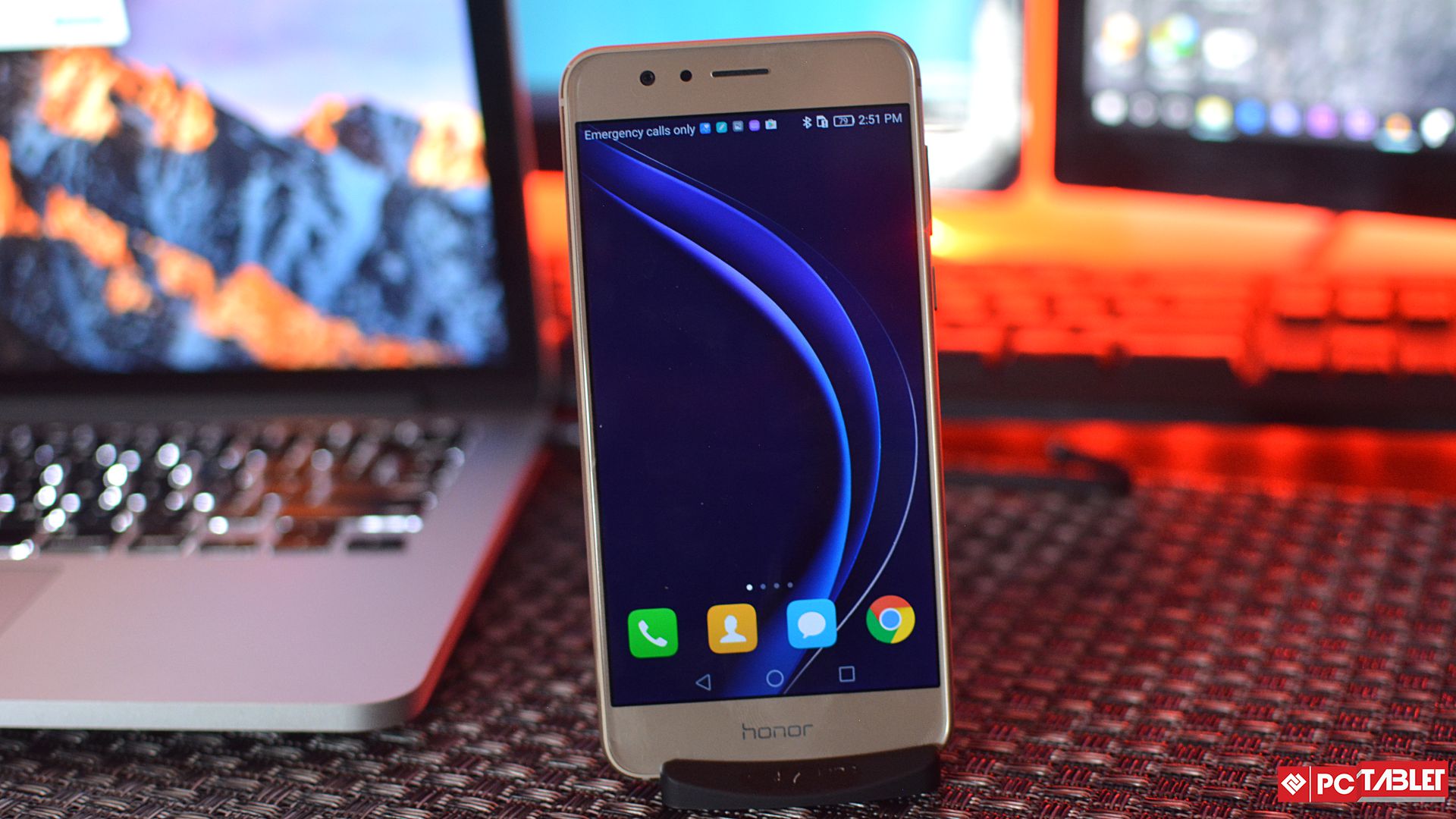 The Huawei P9, on the other hand, scored 80,554 points in Antutu, and in GeekBench 4 it pulled-off single and multi-core scores of 1724 and 5184. To put things in perspective, the Huawei P9 isn’t that far ahead of the Honor 8 when it comes to raw benchmark scores. Both devices are well-equipped to belt out a stellar performance.

Even the 3000mAh battery on both can easily eke out one full day intense usage. They also incorporate fast-charging technology which makes easy to top up the battery quickly. That said, the Honor 8 takes a substantially longer time than the Huawei P9 once it fully runs out of juice. As the P9 gets fully recharged in just about an hour with the bundled charger, while it took around 2 hours to fully top-up the Honor 8.

As far as storage goes, both devices get 32GB of built-in storage which is further expandable up to 128GB via microSD slot. Hence, there’s ample amount of storage for all your photos, apps and games.

Both devices also come with a fast and responsive fingerprint scanner, which unlocks the device in less than half a second. These phones also come with NFC, 4G, Bluetooth and Wi-Fi. However, the Honor 8 surprisingly lacks VoLTE and FM Radio.

The most striking aspect of both these devices is undeniably their dual-lens camera system. Notably, both devices get the same 12MP Sony sensors featuring one RGB sensor and one monochrome sensor that work in sync to produce better sharper results.

While the Honor 8 lacks the Leica branding, the overall camera performance of both smartphones is quite neck and neck, and there’s no noticeable difference among the two in terms of performance and image quality. 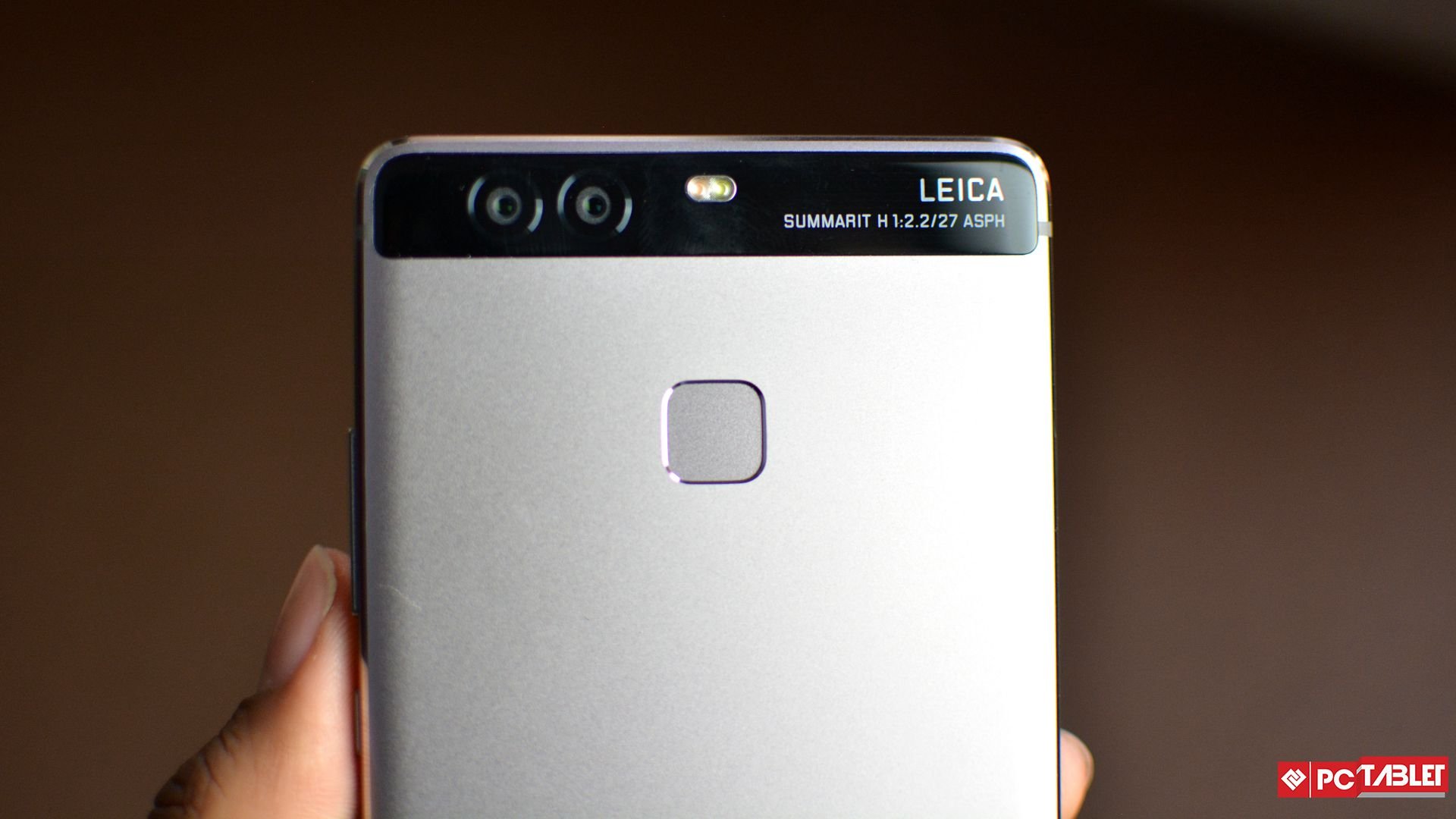 That said, the Huawei P9 gets a better camera interface with a pro shooting mode, along with the ability to process images in RAW format, which is missing in the Honor 8.

Both devices also pack a similar 8MP front-facing camera that is a consistent performer in most lighting conditions. There isn’t any substantial difference here either as far as overall camera performance and image quality is concerned.

Both devices run Android 6.0 Marshmallow out-of-the-box bundled with the company’s custom EMUI 4.1 skin on top. While the experience is quite different from what you get on stock Android, such as the lack of an app drawer, tweaked notifications panel, and several design changes. That said, both devices haven’t been subjected to some heavy Android skinning. The UX is nearly identical on both devices and has a nice and easy-going feel to it. Besides, the company has also added gesture-based functions which can be triggered using each phone’s fingerprint scanner.

The Honor 8 is essentially a cheaper version of the flagship Huawei P9 with nearly identical specs, software and the same dual-lens camera setup. In terms of overall performance and camera quality, there isn’t any significant difference between the two. Hence, the Honor 8 appears to be a more value-for-money offering compared to its flagship counterpart, simply because of its relatively low price tag of Rs. 29,999 compared to the Huawei P9 which is priced at Rs. 39,999.

That said, the Huawei P9 gives you slightly more powerful processor, a slew of pro camera modes, and rocks a thinner, sleeker design.