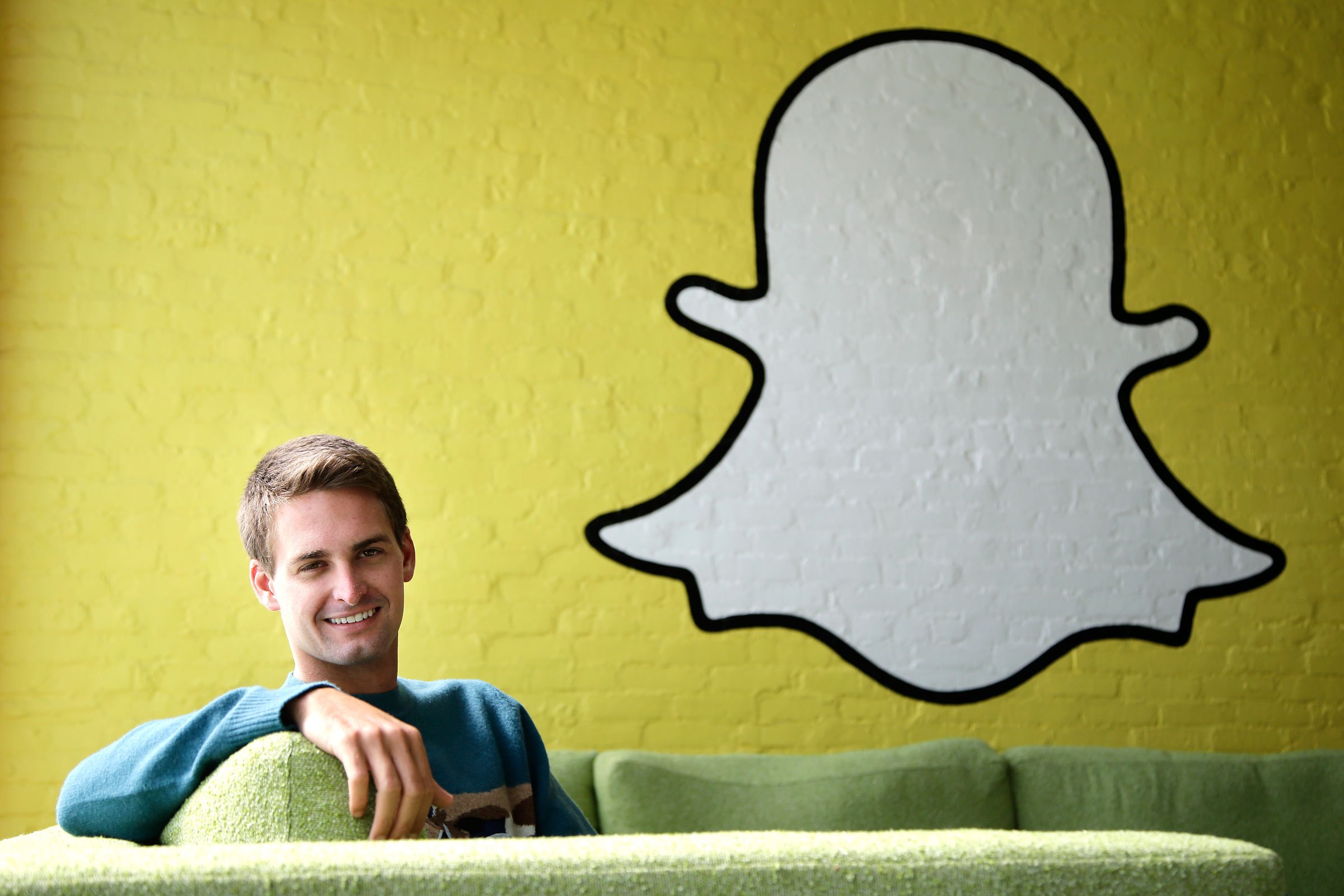 This Thursday, Oct. 24, 2013 file photo shows Snapchat CEO Evan Spiegel in Los Angeles. Snapchat, the disappearing-message service, has been quiet following a security breach that allowed hackers to collect the usernames and phone numbers of millions of its users. Snapchat said Thursday, Jan. 2, 2014 that it is assessing the situation, but did not have further comment. Earlier in the week, hackers reportedly published 4.6 million Snapchat usernames and phone numbers on a website called snapchatdb.info, which has since been suspended. (AP Photo/Jae C. Hong)

The tech-giant – Google (GOOG) has again presented $30 billion to the American Multinational Snap Inc. for the buyout of its popular social messaging and multi media app – Snapchat. Earlier, Google had bided around $30 billion or roughly Rs. 1, 91,044 crores to buy Snap Inc. in 2016 and as an insider media report claimed, the deal is still on, and the discussion about the buyout between two companies is still going on.

Three unnamed persons, ranging inside and close to the firm, separately have confirmed that the deal about the takeover is on and they have heard the rant and price tag about the deal. One of the three persons also has called the deal to be an “open secret” among Snap Inc.’s upper-level executive and some particular circles of the tech industry.

As claimed by Business Insider’s Alex Heath, though the search engine giant is giving its best effort to buy Snap and eventually Snapchat, the independent CEO of the company, Evan Spiegel especially showed no interest in selling out his firm to Google or any other company and this because, the rising market value of the enterprise. Though the start-up market cap of the company slipped to nearly $15 billion, later, it soared as high as $30 billion in IPO May this year. Another report also has claimed that Evan Spiegel also has valued the running Snap in Southern California as well as outside of Silicon Valley, where Google’s parent company- Alphabet is headquartered, and this may be an indication that a grand deal in the tech industry to on card.

This is not the first time that Google has tried to buy Snapchat. Earlier in 2013, Google failed in its first attempt to take over Snapchat for $4 billion, but Spiegel turned down the offer. This happened just after Snap’s CEO rebuffed the proposal of Facebook CEO Mark Zuckerberg to buy out the popular social media app. And the second trial of Google to acquire Snapchat was in 2016.