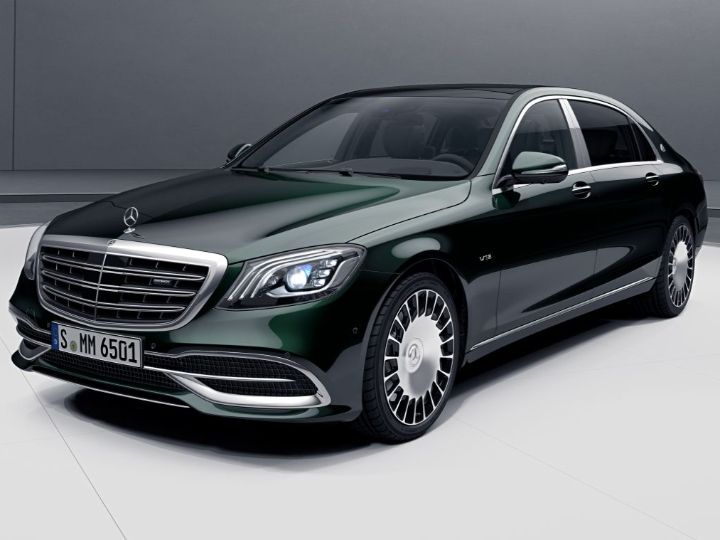 Mercedes Benz is showing off three luxury cars at the ongoing Auto Expo 2018, which includes the top of the range Maybach priced at Rs. 2.73 crores.

Mercedes claimed India happens to be the only country aside from Germany to get the new Maybach S 650. The model will also be the first from Mercedes to come equipped with a Bharat Stage VI engine. The 6-litre V12 M 279 unit is capable of delivering 630 hp of peak power and a massive 1000 Nm of torque. The car meant for the uber rich is also being made in India itself.

There is also a lower specced Maybach 560 on offer as well, one that is priced slightly lower at Rs 1.94 crore. Meanwhile, the company also took the wraps off a new L6 engine which too is compliant with the Bharat VI norms and is rated at 286 hp and 600 Nm of torque. The engine is capable to propelling the car to 100 kmph within just 6 secs.

The company also unveiled the E-Class All-Terrain which, according to the company, offer the looks of a SUV along with the spacing concept typical of a sedan. The car is pitched as a lifestyle-oriented sedan that will have the feel of a sedan from the inside while still being able to take on the rough on the outside.

Also much in tune with the current craze among car manufacturers to offer electric cars, Mercedes too had the Concept EQ to show off. The Concept EQ (EQ stands for Electronic Quotient) is an all-electric SUV that is pegged to have a range in the vicinity of 500 kilometres.

While Mercedes has showcased the Concept EQ in various events the world over for some time now, this is the first time the electric SUV is being shown in the sub-continent. That said, the SUV seems to be nearing the end of its development phase now that we have a likely launch schedule for the futuristic car. The company stated they hope to see the SUV hit roads towards the end of the year itself.

Much as the other cars in its line-up, the launch of the Concept EQ in India will no doubt be unique as this would make for the first all-electric luxurious SUV that would be launched in the country. Mercedes has also stated they hope to have electric cars make up at least a quarter of its global sales. The Indian government too is pushing for rapid adoption of electric cars and hopes to do away with all forms of fossil fuelled cars by 2030.