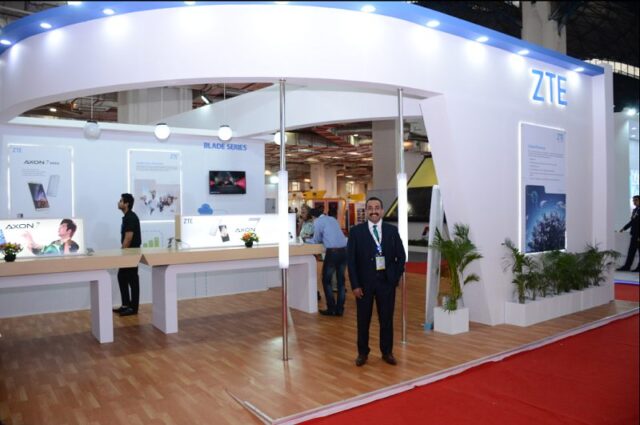 “At ZTE we believe that it all begins with understanding the customer and creating a brand experience that connects with them. This translates into the technology that is innovated and the design of the products itself aimed at delivering maximum value, opportunities for personalization leading to an incredible product experience. The products that we are showcasing here at BRICS are the testament to this philosophy,” said Sachin Batra, Chief Marketing Officer, ZTE India.

In terms of specifications, the ZTE Axon 7 gets a 5.2-inch Full HD  AMOLED display. Under the hood, it gets powered by a Snapdragon 617 octa-core processor bundled with 3GB of RAM and 32GB of built-in storage. Besides, it packs a 16MP rear camera with PDAF and LED flash and an 8MP selfie shooter on the front.  The device runs Android 6.0 Marshmallow out-of-the-box and is fuelled by a 2800mAh non-removable battery with Quick Charge 2.0.

The ZTE Axon 7 Mini packs a 5.5-inch AMOLED display with a WQHD resolution. Under the hood, it gets powered by a Snapdragon 820 quad-core processor bundled with 4GB of RAM and 64GB of built-in storage. Optics on the smartphone include a 20MP  primary camera with PDAF and LED flash along with an 8MP front-facing camera. Juicing up the device is a 3250 mAh non-removable battery with support for Qualcomm Quick Charge technology.  Other key features include 4G connectivity, Fingerprint sensor, Wi-Fi, Bluetooth 4.1, and GPS. The smartphone runs Android 6.0 Marshmallow out-of-the-box.

The ZTE Blade V7 Lite gets a 5-inch HD display with OneCell 2.5D curved glass on the front. Powering the smartphone is a MediaTek MTK6735P quad-core processor bundled with 3GB of RAM and 16GB of built-in storage. Optics on the smartphone include 13MP and 8MP rear and front-facing camera while juicing up the smartphone is a 2500 mAh non-removable battery. Other key features include  4G connectivity, Wi-Fi, Bluetooth, GPS and a fingerprint scanner.

The company is yet to officially announce the India pricing of the trio mentioned above. While as far as availability goes, the company said the Axon 7 Mini and Blade V7 Lite would launch soon in India. However, there’s no word about the India launch of ZTE Axon 7 as of now.

Besides the above-mentioned smartphones, ZTE also showcased a slew of other smart devices. The company announced its ZTE VR headset which is compatible with Google DayDream VR platform and is equipped with a built-in 9-axis gyroscope and sensors. Also, the company showcased its Spro Plus Projector that packs a JBL sound system with stereo 4W HARMAN speakers with Dolby technology and high-end HARMAN microphones. The company claims that the projector uses laser-phosphor projections as opposed to regular LED. According to ZTE,  it has the capability to project 80” picture from 2.4m distance.

In addition, the company also announced the ZTE Smart Home – a smart home solution where users can control Wi-fi enabled devices with their Android devices. It is equipped with next-gen technology such as M2M, mobile internet and cloud computing.