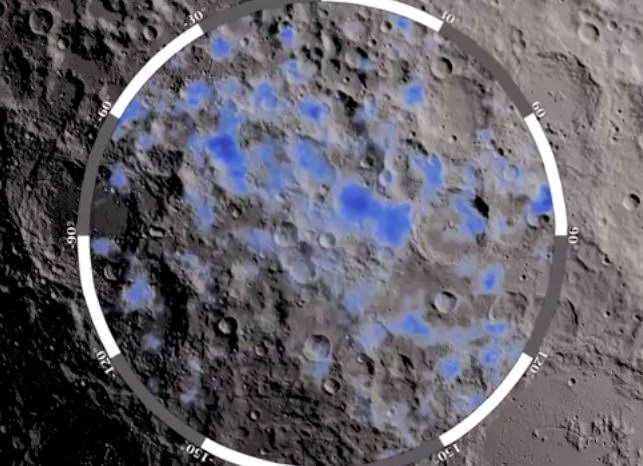 Moon has been a frequent destination of discovery for scientist and researchers. It is easily reachable, and you can discover a lot of things on the moon without any problem because its atmosphere is cool and silent. Recently, scientists have successfully made the first map of water present in the uppermost layer of the soil of the Moon with the help of an increment that went along with India’s Chandrayaan-1 spacecraft. This discovery will definitely help future astronomers and lunar explorers in their voyage towards the moon.

The study, which was published in the journal Science Advances, takes into account the earlier discovery of water on the Moon in 2009 along with the related hydroxyl molecule which contains one atom of hydrogen and one atom of oxygen. Eminent Scientists of Brown University in the US, with the help of a new calibration of data collected from NASA’s Moon Mineralogy Mapper, that flew along with Chandrayaan-1 spacecraft, tried to measure the amount of water present on Moon on a global scale.

Shuai Li, a former Ph.D. student at Brown University, revealed that water is present in different amounts nearly everywhere on the lunar surface and is not limited to only polar regions as concluded earlier. Li, a post doctoral researcher at the University of Hawaii, informed that the amount of water rises towards the poles and no significant difference is observed in the distinct compositional terrains.

Researchers told that the amount of water present reaches almost a maximum average of around 500 to 750 ppm in the upper latitudes which is less than the amount of water found on driest deserts of the Earth. Through the latest discoveries, the scientists were able to get a clearer road map about where water exists on the lunar surface and how much amount of water is present in those areas. Now the scientists can further think about extracting the water and utilizing it for drinking purposes in the case of astronomers as well as to produce fuels for the spacecraft.

Researchers have got the hint about the source of water from this widespread distribution throughout the lunar surface. And it is also found that the distribution is mainly uniform and the amount decreases while going towards the equator. Most of the water mapped were believed to be deposited through solar winds, but there were many places where the concentration of water was more which was quite exciting for the scientists.