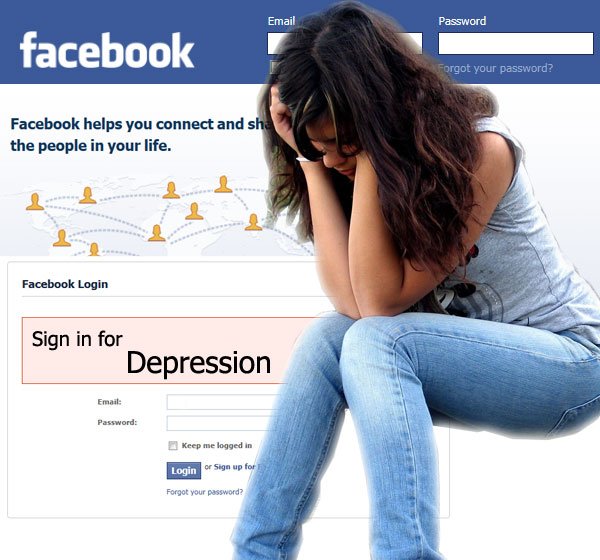 An American study has found that persons who interact with 7 to 10 social media platforms are thrice more likely to get depressed or suffer from anxiety as compared to those who use one or two social media platforms. The study was done by scientists affiliated with the University of Pittsburgh’s Center for Research on Media, Technology, and Health. The study was involved subjects between the age of 19 to 32 years. The subjects of the survey on an average spent over an hour every day on the social media like Facebook and visited their social media accounts at least 30 times each week. Over 25% of all the subjects showed signs or symptoms of depression and psychological problems.

Though there is no study done in an Indian context but judging by media reports and interaction with Psychiatrists across the nation the incidence of depression linked to excessive interactions on the social media are increasing. A Mumbai-based psychiatrist has revealed an increase in depressive syndrome patients among those who interact excessively on the social media. Anxiety and low self-esteem can be seen when people seek the number of likes on social media platforms.

The hectic and cutthroat competition in professional life has forced individuals to severely cut their social interaction and instead try to interact on social media. If they do not get adequate responses, they start feeling dejected and miserable.

The feeling of getting appreciated and endorsed on the social media is so powerful that it can lead to the obsessive syndrome. Persons often use the social media to show off their achievements and events in their lives like engagements, parties, foreign holidays, weddings and accomplishments of their children which can often lead to negative feelings in the not so well endowed readers.

Experts also warn that these depression bouts are not limited to the adolescents and the young but can affect any sex and age group. The best way is to avoid such excessive social media interaction just as one would avoid an irritable person. Instead seek solace in some socially productive work or better still engage some hours in some sport. Never hesitate to seek expert help for depression can be best treated with counselling and medication.