PC-Tablet
Ads
Home News Scientists expect that by 2050, minimum 1000 people would be living on... 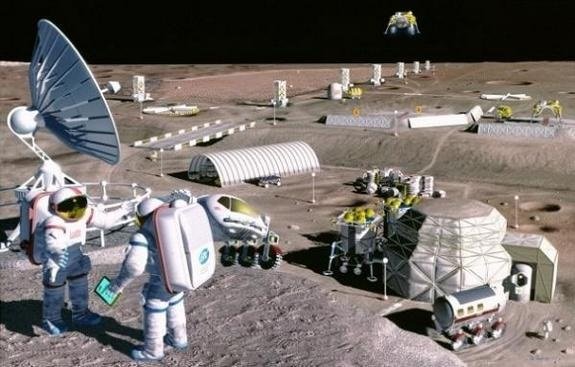 According to scientists, By 2040, at least hundred people would be living on Moon by melting ice to get water, by 3D-printing the homes and tools, eating plants grown in the lunar soil as well as competing in low-gravity, ‘flying’ sports. An expert named Bernard Foing, who is the ambassador of the European Space Agency-driven “Moon Village schemes, said that goal of making moon habitable is not only a science fiction, but it is reasonable as well as feasible too.

At a European Planetary Science Congress in Riga, Foing explained about how humanity could get a permanent foothold on Earth’s natural satellite and then expand afterward. He linked this visionary progress with the growth of railways when villages formed and grew around train stations and then followed by businesses. He predicted that by 2030, around six to ten pioneers-scientists, technicians, and engineers could successfully dwell on the surface of Moon and this number could rise to 100 by the year 2040.

He then added that by 20150, about 100 people would have successfully achieved their lunar settlement and then they could have their family on the Moon and if everything goes as per the expectations, then children could take birth on Moon.

ESA boss Jan Woerner insisted that instead of an orbiting International Space Station, a permanent lunar colony could be built for a better lunar settlement. It should be noted that the ISS is going to be decommissioned in 2024. Woerner’s visionary concept of setting up a lunar village is widely supported by scientists as well as commercial prospectors, but the politicians are reluctant to say something positive about this concept, which cripples the idea.

Moon has many essential components and resources like basalt, a volcanic rock that could be used as a raw material for 3-D printing satellites that can be successfully deployed from Moon at a much cheaper rate than Earth. Helium 3 isotope is widely present in Moon, which could be used to generate safer and cleaner nuclear energy for the Earth. And water can be extracted from ice present on Moon’s poles. Foing explained that to go into the orbit of Moon is 40 times cheaper than to go into Earth’s orbit as Earth’s gravity is very powerful and you have to fight against it.