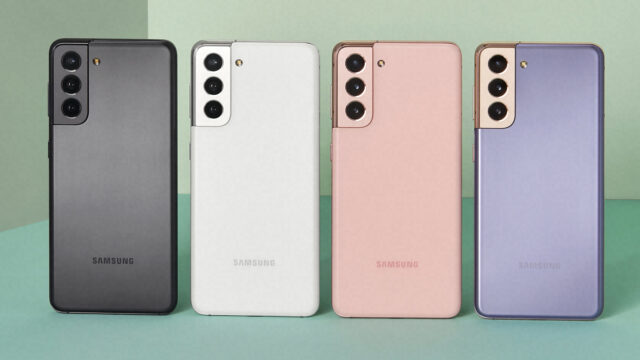 Samsung has started rolling out a new One UI 4 update for Galaxy S21 users. The update brings along several new features which include enabling eSIM support on the US carrier versions of the S21. Plus, the update also introduces the Android security patches for November 2021 as well. There are new customization options available too, which enable users to change the colour and look of almost all things such as the background, home screen, menu, icons, buttons, and so on.

The update also introduces new security and privacy features, providing users with complete control over what to share or keep private. Users get to have a new privacy dashboard that will let them have the complete picture when it comes to privacy, such as which apps have what privacy settings and so on. This makes controlling privacy settings all the more simple.

The latest update also ensures seamless and hassle-free connectivity across the extensive ecosystem of devices and third-party apps. The update is already available on the Galaxy S21 series from November 15 onwards. The same will also make it to the Galaxy S and Note series as well as Galaxy Z series, A series, and tablets soon.

Those who had installed the previous update complained of the screen refresh rate getting reverted back to 60Hz from 120Hz the moment the user has lifted his or her finger from the display. This had an adverse impact on the scrolling action while the user interface and animations too seemed to lag at times. The issue also seems to be prevalent only on the S21 variant powered by the Snapdragon 888 chipset.

Thankfully, the present update seems to be able to redress the issue with those who have installed the present update claiming marked improvement in screen responsiveness. That said, the issues still seem to be prevalent on third-party apps and maybe that would take another update to be resolved completely.

The present One UI 4 update however is live only on the Verizon network though the same is expected to be available via other networks in the US sometime soon. Specifically, the latest update bumps the software version from G99xUSQU4BUK7 to G99xUSQU4BUK9. Carried unlocked phones too have started receiving the update which is marked as the G99xU1UEU4BUK7 software version.