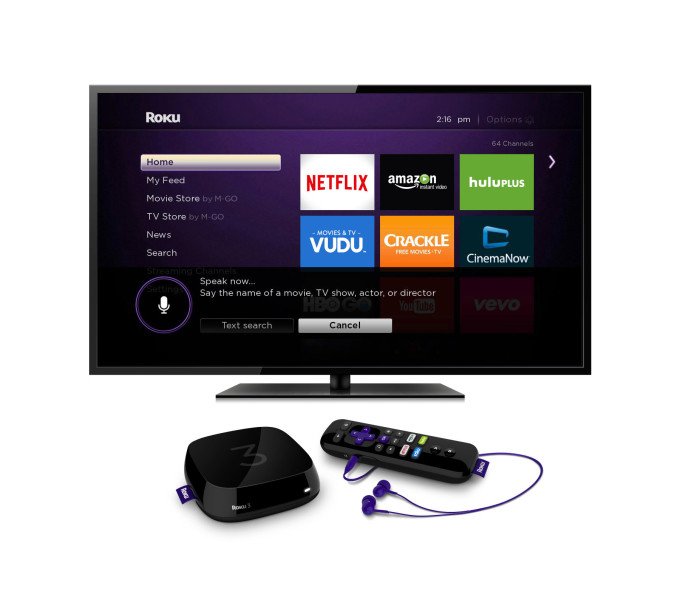 Roku has always been the most successful and popular media streaming device due to the number of apps it offers – more than 1500 channels, it has the best search results and the best part is a quick user interface. Roku has upgraded its popular Roku 3 (available for $99) by adding voice search functionality in its all new remote control which also supports an integrated Microphone. The viewer can use the voice search functionality through the remote cutting for a need of extra pair of microphone. Also, $69, priced Roku 2 will now have the same firmware and hardware as Roku 3. 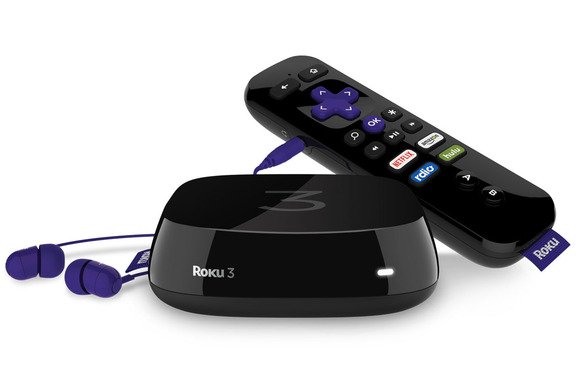 Rokus has always been popular due to its fast search functionality across various channels. The Voice search adds to its already good feature. The Roku respond to the search criteria by listing content in order of cost, with the Free content appearing on top. The device manufacturer has also updated its Software to cater to the voice functionality and a new feature to follow any movie or title.

If there is an unreleased movie or a new upcoming movie which is not available for view on Roku, you can simply follow the movie on Roku. Roku will send you notification once the movie is available on the channel and the price of the movie.

Roku 3 which was released in March 2013 is still the most popular streaming device with more than 1400 channels. Roku has a massive library of channels and it is usually the preferred platform of launch for the new app and content. In the last go it supports popular streaming services Netflix, Amazon prime, Hulu, HBO GO, Amazon Cloud Player, Vudu and Youtube among the others.

With this added functionality Roku may try to bridge gap from its rival platforms Apple TV, Amazon Fire TV, Google Chrome Cast and Nexus Player. Roku has the advantage of being a content neutral platform, unlike Apple or Amazon players which pushes user to their own library Roku’s interface is agnostic to the content it offers.