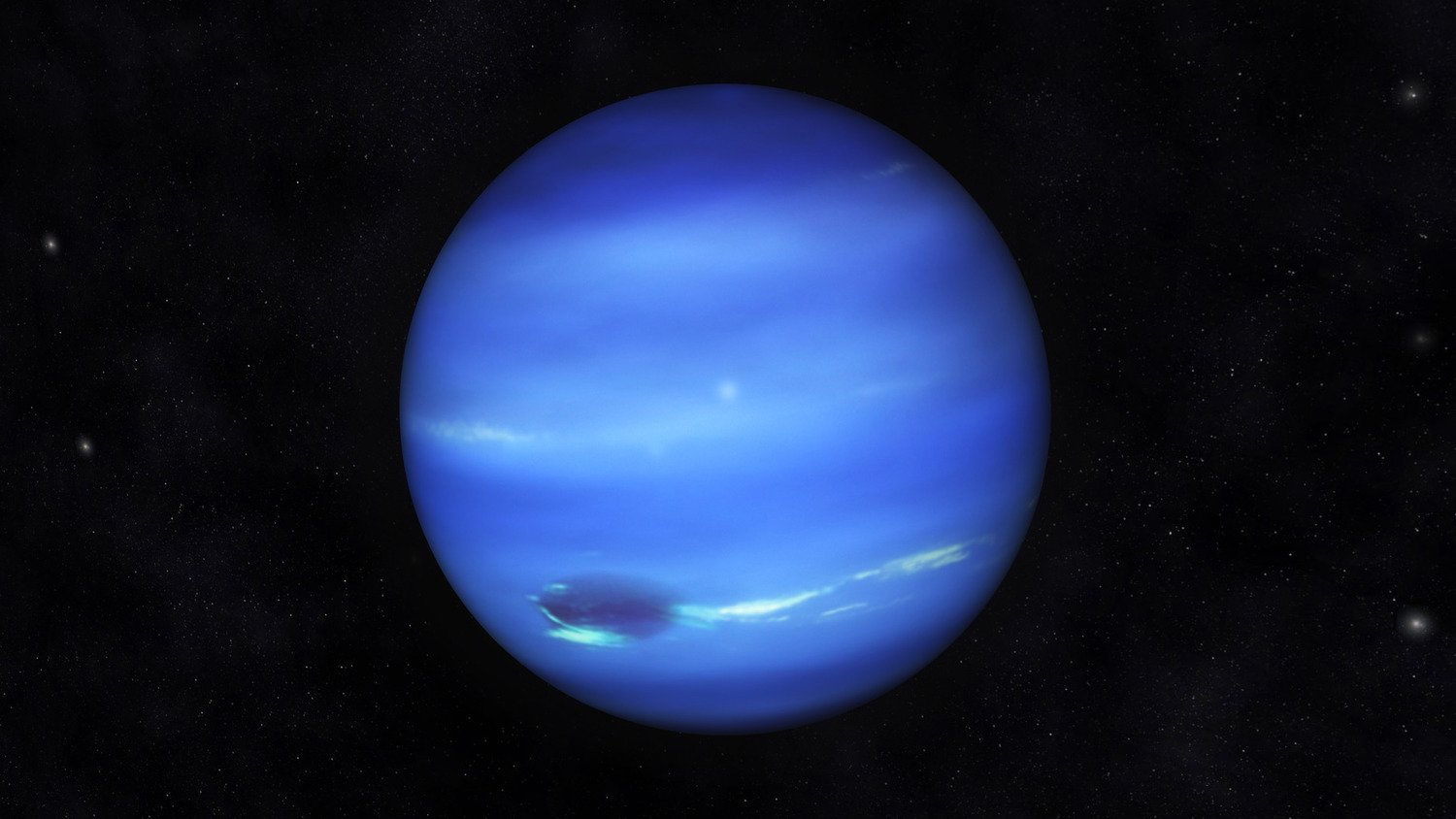 Large-scale computer simulations ran by a team of scientists from the University of Edinburgh in Britain has solved a decade-old mystery – what is the layer between Neptune’s atmosphere and Core – known as Mantel is made of! As highlighted by a new international research paper, published in the journal Proceedings of the National Academy of Sciences, the thick layer, stationed between the Neptune’s atmosphere and its core, called the mantle is configured of the frozen mixtures of ammonia, water, and methane. However, the computer simulations fall short to find out in which form, these chemicals are stored beneath the surface of Neptune.

As the latest study claimed, the frozen amalgamation of water and ammonia in the interior of Neptune and other ice giant planets like Uranus are more likely to create a poorly understood element, called ‘ammonia hemihydrate.’ Despite various researches and experiments, scientists are yet unable to decipher what ammonia hemihydrates exactly are and how it is formed.

According to Andreas Hermann, the lead author of the study from the University of Edinburgh in Britain,

The new study helps us understanding and predicting the mysterious icy planets like Neptune and Uranus in better ways. Our findings hinted towards the possibility of ammonia hemihydrate to be a pivotal component of the mantle, and understanding this element thoroughly help to improve our perceptive about Neptune and Neptune-like frozen worlds.”

As the researchers highlighted in the study, the shallow temperatures on giant ice planets like Neptune signifies that the chemicals presented on these orbs are capable of existing in a frozen state. But employing the laboratory experiments, it is quite challenging to understand these conditions. In labs, it is tough to rebuild the extreme temperatures and pressures and found on ice giants which are holding researcher back from getting a better idea about the formation of the mantle.