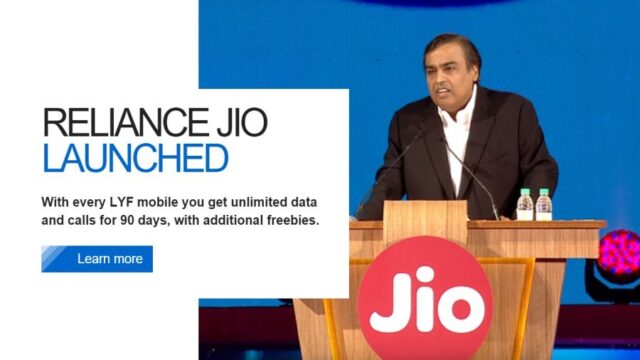 Reliance Jio call drop issue has not solved to a considerable extent despite Airtel providing enhanced interconnection for its calls. However, the Ambani-owned company has noted that the number of proposed points is substantially less than actual requirement, which is not sufficient to address the issue of large-scale call drops. Meanwhile, Airtel has categorically denied the claims of Reliance Jio.https://www.youtube.com/watch?v=CgH-T079-bo

In a statement released to the press, Reliance Jio argued that based on the current traffic flow between the two networks, the proposed infrastructure implementation by Airtel is not sufficient to address Reliance Jio call drop. The company said that it would only suffice for less than one-fourth of the required interconnection capacity.

The statement added that more than two crore calls are failing every day between the two networks. This is in excess of the quality of service parameters and of alarming proportions. Hence, Airtel should take urgent steps in the interest of customers of both operators.

In the meantime, Reliance Jio also added that it is unfortunate that the intervention of the Telecom Regulatory Authority of India (TRAI) was required for Airtel to resume augmentation of points of interconnection. Actually, Airtel should have automatically complied with the license terms without TRAI intervention.

Airtel denies all claims made by Reliance Jio

Recently, Airtel has revealed that it has received the payments due on interconnection from Jio. The company then executed the agreed augmentation in such points. As of writing this, the total number of points is three times than the currently deployed segments. Moreover, the latest capacity will be sufficient to serve over 15 million Reliance Jio customers, which will be more than the current subscriber base of Jio.

Meanwhile, Airtel has pointed out that the interconnect agreement provides for a commissioning period of 90 days from the day Reliance Jio makes the payment. Hence, the company will work towards the release of interconnect points well ahead of the contractual obligation. However, Reliance Jio categorically denied this statement issued by Airtel.

According to Reliance sources, the TRAI regulation does not provide for 90 days to adhere to the quality of service parameters. However, the authority has issued instructions to the existing operators to urgently provide requisite interconnection capacities. This is to maintain the quality of service parameters and to avoid any kind of restrictions.

Jio also questioned the type of interconnection points Airtel was offering to them and disclosed that it was a clear case of abuse of market dominance. The company said that the quality of service will continue to suffer. Moreover, customers in India will be denied the benefits of superior and free voice services due to anti-competitive behavior.

Furthermore, Airtel has charged Reliance Jio of foul play on the issue and said that the Ambani-owned company is not cooperating with the interconnection issue. According to sources within Airtel, Reliance Jio is deliberately finding fault with their network to save the face of  the company which is plagued with problems like Reliance Jio call drop issues.