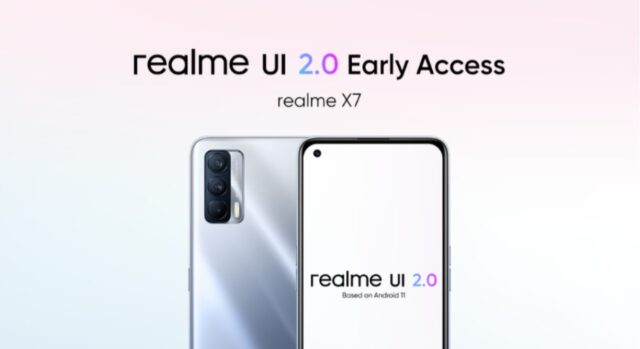 Realme has been doing its best to allow more of its users to get a feel of the Realme UI 2.0 software interface. The company announced three more smartphones – Realme X7 5G, Realme C12, and Realme C15 qualifying to be part of the early access program.

Specifically, it is only the Realme X7 5G that would be part of the early access program while the Realme C12 and Realme C15 are a step ahead to make it to the Open Beta stage. Realme though warned that not all may be ready to deal with all that Early Access might throw that them. That is because the Realme UI 2.0 Early Access is still a work in progress thing with chances of lots of errors and app incompatibility issues cropping up.

That makes Early Access fit for only the tech-savvy types who can make their way back to a workable solution when faced with an uncertain scenario. However, those eager to be part of it can do so by going to Settings > Software Update. Follow on-screen instructions post that. The entire thing is now weighted at 5 GB, so ensure at least that much storage available in your device.

Users will do good to report the bugs, deficiencies, and other issues that they come across for the company to iron out before the software is rolled out to the public at large.