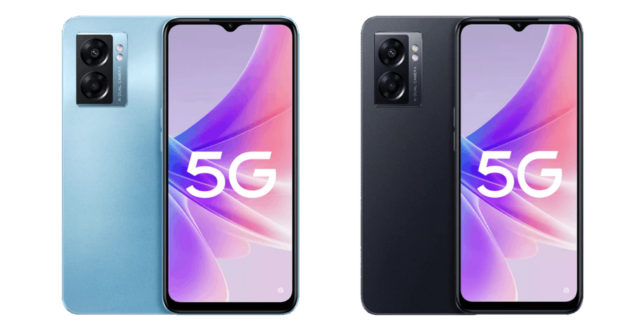 The Oppo K10 5G is confirmed to launch in India on June 8. This finds mentioned in a microsite on Flipkart that has been set up specifically to hype the launch of the smartphone in the country. Unfortunately, the page reveals nothing about the phone or its specifications. That said, going by previous rumors on this, we do have an idea of what the K10 5G is going to be like.

For instance, there is going to be the 6.56-inch LCD display upfront having a 90 Hz refresh rate and HD+ resolution. The display also features a waterdrop notch at the top for the front cam, which is going to be an 8 MP sensor for selfies and video calls. The rear will feature a dual cam arrangement which includes a 48 MP primary cam and a 2 MP depth sensor.

Under the hood is going to be a MediaTek Dimensity 810 5G chipset and Mali-G57 MC2 GPU combo. There is going to be up to 8 GB of LPDDR4x RAM onboard along with 128 GB of UFS 2.2 storage. Power will come from a 5000 mAh battery that gets replenished by a 33W charging brick. Also, it is ColorOS 12.1 based on Android 12 that the phone will boot. The phone will come in shades of Blue and Black.

Other highlights of the upcoming Oppo K10 5G include a pair of stereo speakers, a 3.5mm headphone jack, a side-mounted fingerprint sensor, along with support for up to 7 5G bands for best reception quality. There is no word though as to what the phone will cost when it is launched in India. That said, given that the K10 5G is essentially the rebranded version of the OPPO A77 5G which recently went on sale in Thailand for THB 9,999 or around Rs. 23,000, it is likely the phone will go on sale in India at roughly Rs. 20,000 or so.