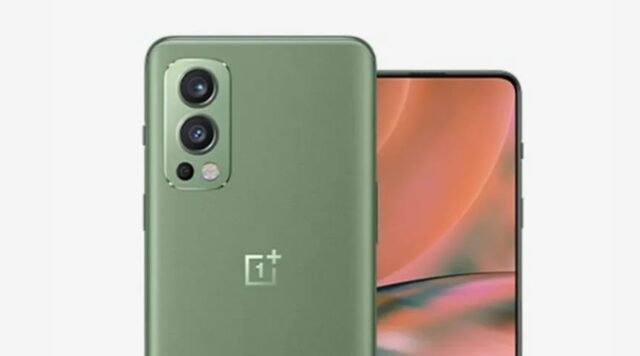 A recent leak has revealed some information about the OnePlus Nord 2 CE which essentially points to its having mid-range hardware. Powering the OnePlus Nord CE successor is going to be a MediaTek processor coupled to a max of 12 GB of RAM. There is going to be an FHD+ display having a 90 Hz refresh rate along with an under-display fingerprint scanner. The upcoming Nord 2 CE carries the codename, Ivan.

Meanwhile, tipster Yogesh Brar has a new render of the OnePlus Nord 2 CE to share. According to what the renders have revealed, the rear gets a rectangular module that holds two large sensors along with a smaller sensor and an LED flash. The front gets a seamless stretch of display with almost zero bezels along the sides and the top while at the bottom lies a thin strip for the chin. The top right also gets a punch hole for the selfie cam.

The renders also reveal the presence of a 3.5mm headphone jack though the alert slider along the side, something that can be considered a signature OnePlus feature that will be missing on the Nord 2 CE. The leak also depicts the phone in shades of Gray and Olive Green.

Coming to specs, while none of it has been revealed in the latest leaks, the previous leak points to the phone packing in a 6.4-inch AMOLED display having a max refresh rate of 90 Hz. Under the hood there likely is going to be a MediaTek Dimensity 900 chipset coupled to a max of 12 GB RAM and 256 GB of storage on the top model.

For the camera, there likely is going to be a 64 MP primary sensor, an 8 MP ultra-wide-angle sensor, and a 2 MP macro sensor. The front gets a 16 MP shooter for selfies and video chats. Power comes from a 4500 mAh battery.

More details are expected in the coming weeks. Stay tuned.