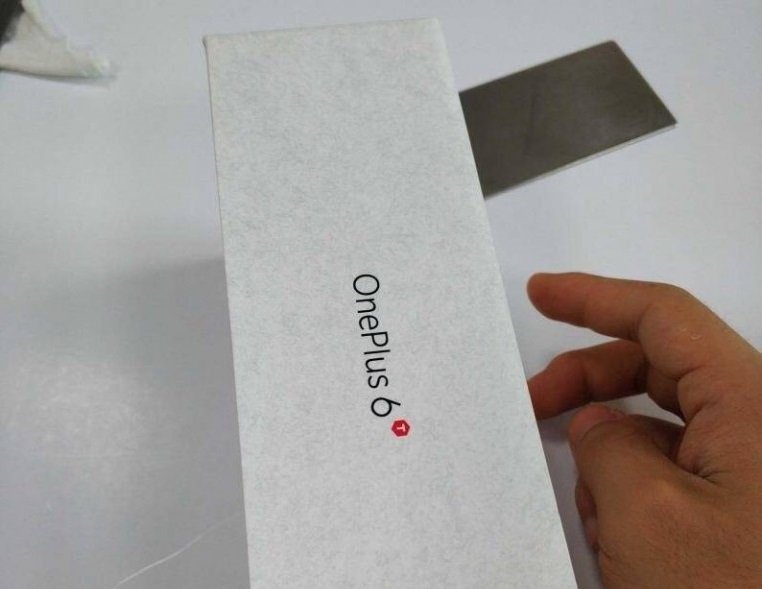 OnePlus officially posted a teaser on Chinese social networking site Weibo for an event on January 15, 2019. Although there’s no confirmation yet, but the company will likely announce the upcoming OnePlus 6T flagship at the event. Today, a bunch of photos have surfaced online which seemingly reveal the retail box for the OnePlus 6T.

A total of five photos have been posted. To begin with, we see a diagram of the handset inside the retail box. The first thing we notice is the waterdrop-styled notch and the in-display fingerprint scanner. Not to mention, the handset’s design looks strikingly similar to the recently unveiled Oppo R17. The photos appear seemingly legitimate given that each OnePlus flagship looks strikingly similar to flagship offerings from the Oppo R series. And that appears the case here thanks to the waterdrop-styled notch and an in-display fingerprint scanner – similar to the Oppo R17. The latest photos line up with previous leaks, are likely authentic.

Besides, we can see many words printed inside the box. Now, these appear to be usernames from the OnePlus forums and the company’s way to thank its fans for their support. ‘Hey, we couldn’t have built it without you,” is written next to these names.

As per earlier leaks, the OnePlus 6T is expected to come with a 6.4-inch AMOLED display, Snapdragon 845 processor, dual rear cameras, along with an in-display fingerprint sensor.

More details about the OnePlus 6T are likely to surface as we get close to the official release. We’ll update you as soon as we hear anything new. Until then, keep checking back for more.