Home News Nokia to bring 5G Network to India in association with BSNL and... 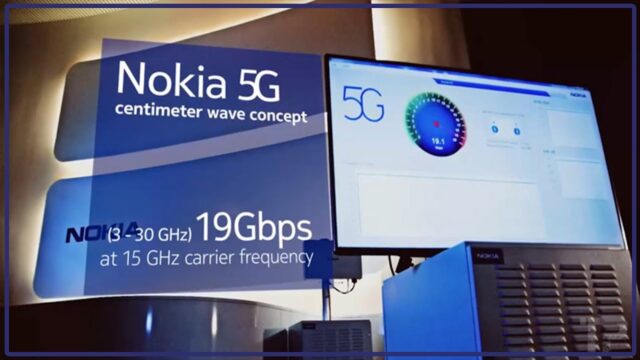 Finnish smartphone maker, Nokia has signed a memorandum of understanding with BSNL and Airtel to bring 5G network to India. For a long time, now the market has been quivering for Nokia’s big bang, but the company may have bigger plans for India than we expected.

It is expected to return to the smartphone business with the launch of its Nokia 3, 5 and 6 series. Sanjay Malik, VP of Nokia’s Indian market said that the point of the MoU is to identify the steps and process involved in introducing 5G in India.

For those who are unaware of the prowess of 5G, it can provide a download speed of up to 20 gbps, whereas 4G can do up to 1 gbps.

Airtel and BSNL plan to use Nokia’s 5G FIRST. It is an end-to-end 5G solution. They are  also going to use it’s AirScale radio access portfolio and AirFrame data center platform. This will help support the future network demands that go hand in hand with IoT (Internet of Things) and the Smart Cities project in India.

Tests for 5G network have already begun in parts of Europe and South Korea. However a full-scale business launch is likely to take place in 2020. Experts believe that India could see it’s launch as early as the same year or 2022.

The Indian Telecom market has been bombarded with disputes between companies that has been mainly fueled by the launch of Jio’s 4G. Reliance India Limited upset the market with it’s ridiculously cheap rates soon after 4G made an entry in the country. An opening of 5G network should entail a bigger change of dynamics.

Regardless, this piece of news gives us two reasons to rejoice- Nokia’s revival and of course the imminent launch of 5G.