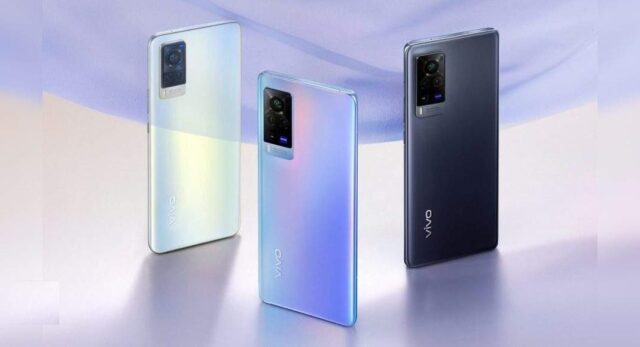 The all-new Vivo V21 has just been launched in India and comes across as quite a compelling choice in the budget premium phone segment, priced as it is at Rs. 29,990 for the base model. That apart, the other standout feature of the phone is its 44 MP front camera with optical image stabilization (OIS). Lava is claiming it the first smartphone with such a feature.

The V21 comes with a 6.44-inch Full HD+ AMOLED panel having a 90 Hz refresh rate and a 20:9 aspect ratio. On the other side of it lies the MediaTek Dimensity 800U chipset coupled to 8 GB of RAM. The phone also offers an Extended RAM feature which means 3 GB of ROM can be diverted for use as an extension of the native RAM during times of heavy usage. In any case, the phone comes in two ROM options, 128 GB and 256 GB, both being expandable via microSD card slots.

With the triple rear cameras on the rear, there is the 64 MP primary sensor having an f/1.79 aperture along with an 8 MP wide-angle lens and a 2 MP macro lens. The rear cam comes with an LED flash as well, besides getting the benefit of optical image stabilization for steady shots.

Also, as already mentioned, it is the front cam that is really special on the V21, it being all of 44 MP resolution and f/2.0 aperture. Also, the front cam too gets OIS support and is aided by a dual-LED flash. This should ensure selfie shots or video calls with extreme clarity in almost any lighting condition.

For connectivity, the V21 offers 5G, 4G LTE, Wi-Fi, Bluetooth v5.1, and GPS/ A-GPS. Then there is the USB Type-C port for both charging and data syncing roles. Sensors the phone comes with include an accelerometer, ambient light sensor, gyroscope, a magnetometer, and a proximity sensor. There is a fingerprint sensor placed underneath the display for security.

Keeping everything moving is a 4000 mAh battery with 33W fast charging support. The phone runs the company’s proprietary Funtouch OS 11.1 based on Android 11.

The Vivo V21 5G starts at Rs. 29,990 for the model with 128 GB of storage while the 256 GB model will set you back Rs. 32,990. Color options with the phone include Arctic White, Dusk Blue, and Sunset Dazzle. Pre-orders are currently being accepted on Flipkart and Vivo India online store. Shipments start May 6. Other offline locations the phone can be picked up from including Reliance Digital, Croma, Vijay Sales, and so on. Check out for exciting launch offers and cashbacks.