Microsoft Surface Pro 4 vs Apple iPad Pro specs comparison: Which one you should buy? 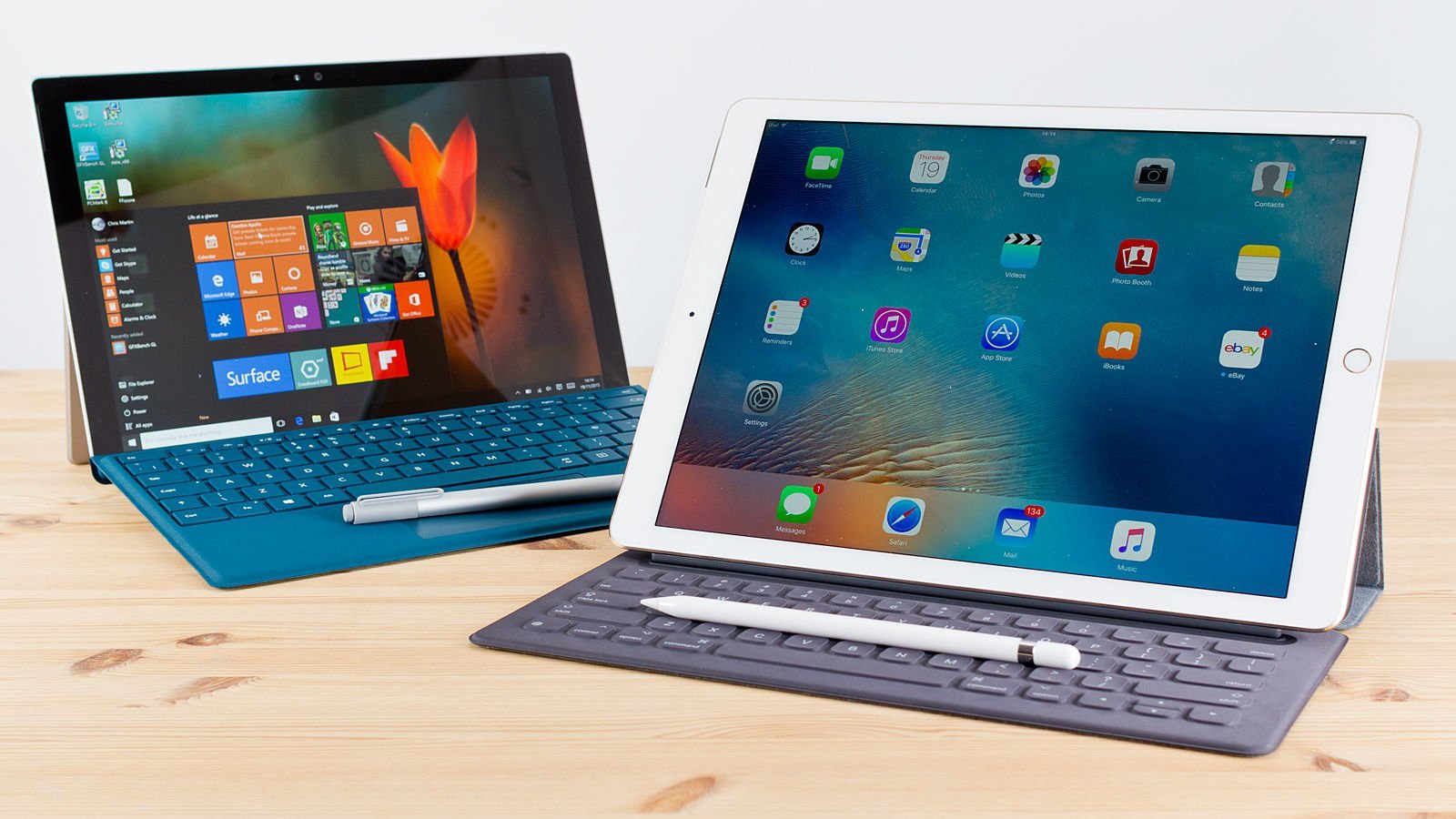 When you land into to the market to get the perfect tablet, there are many questions that come to the mind – Microsoft or Apple? Windows 10 or iOS 9.2? Apple iPad Pro or Microsoft Surface Pro 4? But considering the market for a tablet, two options stand out and shine of all the other options; iPad Pro and Surface Pro 4. Till date, the iPad Pro and the Surface Pro 4 are the two most powerful tablets. But both these tablets are designed very differently and are not for the similar type of users.

Here is a comparison between Apple iPad Pro vs. Microsoft Surface Pro 4, powerful yet different beasts:

Both these devices are two of the best-looking hybrid devices available in the market, but they are very distinct from each other. Microsoft Surface Pro 4 is big; on the other hand, the iPad Pro is almost ridiculously large.

iPad Pro: The dimensions of iPad Pro are 305.7 x 220.6 x 6.9mm which makes it a slimmer option when compared to Surface Pro 4. It comes with an aluminum casing and weighs about 713g. It has a 1 x Lightning slot and a 3.5mm headphone port.

Both these devices have excellent screens and are pretty evenly matched. 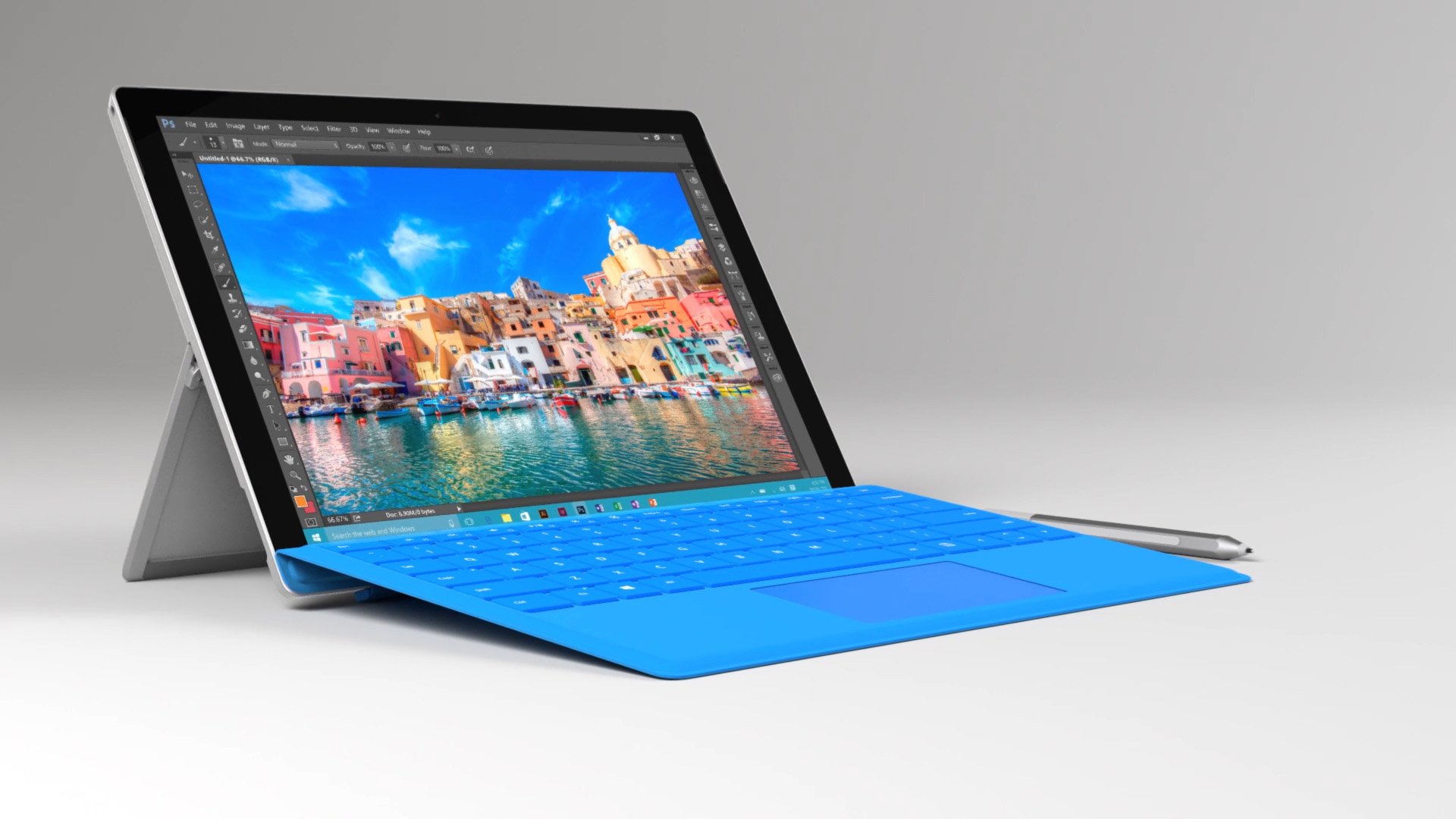 The iPad Pro’s is powered by an A9X processor, which is certainly the fastest chip ever in an Apple tablet. While the Surface Pro 4 has a broad range of CPU options, which includes a 6th-Generation Intel Core M3, Core i5 and Core i7.

When we call these devices hybrid, it means that we don’t need laptops anymore.

Surface Pro: Runs on Windows 10, which is a full desktop OS along with desktop-class apps.

iPad Pro: Runs on iOS 9 and has quite a lot of apps for the same. But we can’t compare iPad Pro to be able to run as a full desktop OS like Windows 10 or OS X on the other Apple laptops.

The camera doesn’t play an important role with professional and hybrid tablets like these. But if the front camera is good enough, it certainly helps a lot with the video calling features. Both these devices offer good front-facing cameras

Surface Pro 4: 5 MP front-facing camera and an upgraded 8 MP rear unit on the back. It also has 1080p video recording features.

The Apple iPad Pro comes with a built-in 38.5-watt-hour rechargeable lithium-polymer battery, which is expected to last up to 10 hours. On the other hand, Microsoft Surface Pro 4 is supposed to last up to 9 hours. These estimations are made with the usage of Wi-Fi and watching videos and music. When compared we can expect a better battery life in iPad Pro while using many other features simultaneously.

Again the storage requirement differs from user to user. Both the devices offer the below capacities.

The iPad Pro comes with a quad-speaker setup which produces a loud and surprisingly balanced sound, so it becomes hard for a two speakers to beat four speakers on a tablet. Apple iPad Pro’s two top speakers handle the mid and high frequencies, and all four speakers deliver bass.

On the other hand, the Surface Pro is powered by Dolby Audio; it has two front-facing speakers which provide a pretty good sonic punch. It somewhat lacks in producing bass when compared to the iPad Pro; it also doesn’t get that loud.

The main USP for both the pen and pencils is that they support palm rejection and pressure sensitivity. The iPad Pro comes paired along with the new Apple Pencil. It is not included with the device and is available at a price tag of $99. On the other hand, Microsoft Surface Pro Pen is included with the tablet itself.

Surface Pro 4: The keyboard is priced at $129 and is a necessity if you want to turn your Microsoft’s tablet to a laptop. The design offers a more spacious layout, 1.4 mm of travel which is impressive. The Surface keyboard is backlit, and the Type Cover comes with a built-in touchpad.

iPad Pro: The keyboard is priced at $169. It lacks a touchpad, and the keys are smaller less travel space. It is not backlit, the only positive thing to go for this accessory is that its fabric design makes it water-resistant.

Connectivity in these devices is as follows:

This is another category which will help you take a decision. 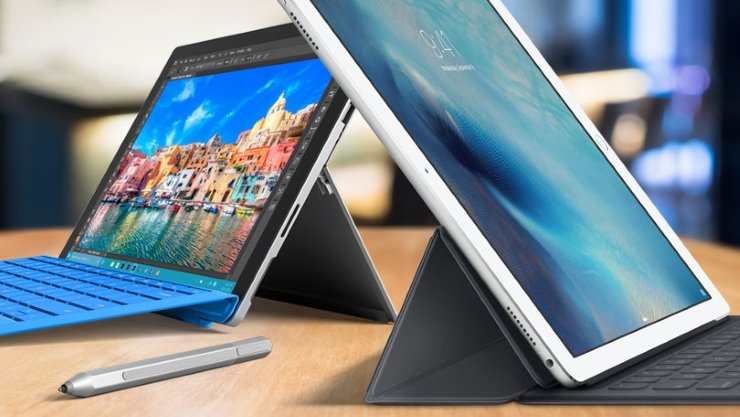 Despite the fact that Apple has taken some inspiration from the Surface Pro 4 for its iPad Pro, and is also targeting the professional market. Considering the total cost of the iPad Pro combined cost of with the Apple Pencil and Smart Keyboard easily crosses $1,000 which is a price at which one can get the MacBook Air. The MacBook is a much more powerful workhorse.