Fitness bands have become a necessity for fitness experts nowadays. Here we compare the two fitness bands from Microsoft – the Band 1.0 and the Band 2.0. Putting them head to head, we find out which one of them is better.

The design and built of both the fitness bands are similar. The Band 1.0 is a bit bulky with odd proportions, which makes it uncomfortable for the wearer. The screen layout and button placements are designed to be worn on the dominant hand, making it inconvenient for many users. It has a 1.4-inch (11mm x 33mm), TFT touchscreen display, with a resolution of 320 x 106. 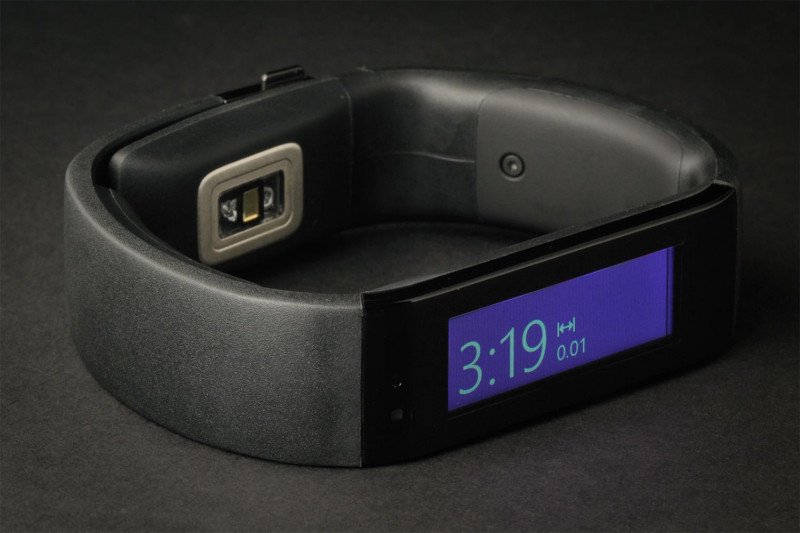 Coming to the Band 2.0, the fitness band is expected to be more comfortable to the wearer, suggesting a new curved screen. Although the display cannot possibly go any smaller, just might get bigger, and crisper. It will be thinner with a curved display, like the Samsung Galaxy Fit, which comes with a curved AMOLED screen.

The Band 1.0 is equipped with ten sensors, including the GPS, and claims a battery life of two days. But with competitors offering a battery life of more than five days, the Band 1.0 stands low in front of them. Even the two days backup falls short once the GPS is enabled, reducing down to a day or a little more.

The User Interface is Windows based, similar to what is found in Xbox, or a Windows PC, and it does well on such a small screen. With onboard GPS, there is no need to carry a smartphone around with it to track and analyze runs accurately. The Band is splash proof and sweat proof, but not waterproof, which might be seen in its successor. 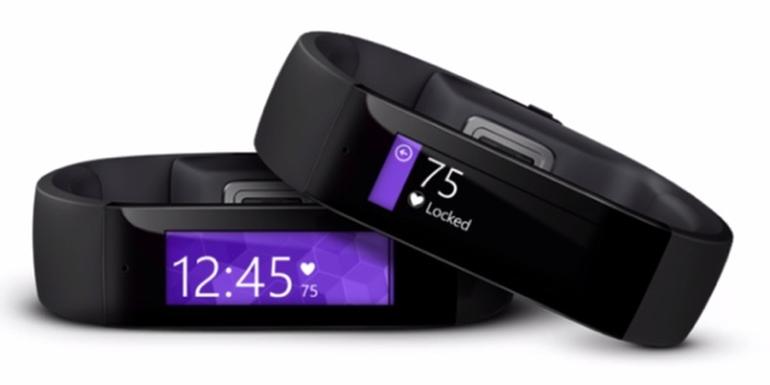 While the Band 2.0 is expected to feature even more new sensors, including the blood pressure, GPS and the heart-rate sensor. With the predecessor being prone to scratches, the new fitness band might as well come with a scratch-resistant screen. The device is expected with a clasp-new design, and as aforementioned, might be waterproof too.

It is also supposed to run on Windows 10 IoT version, according to some rumors. Not forgetting the poor battery life of its predecessor, the new band will have improved battery lasting more than two days. Since these features are based on discussions and rumors, they are prone to be changed, as the device is currently being tested internally.

The Microsoft Band offers connectivity with smartphones, without the need of any additional apps. It gives notifications of incoming calls, texts, email and calendar updates, and social media alerts for WhatsApp messages, Facebook notifications, etc. These can be viewed on a single touch or ignored with just a small swipe.

There is no third-party support currently in the Band 1.0 yet. Combined with a Windows Phone, it can do wonders with Cortana, but it’s only for US users. It will then provide extra alerts for battery status, system updates and so on.

The Microsoft Band 2.0 will have all the features of Band, along with many other additional features, including the added Cortana support for users worldwide. The Health app by Microsoft makes the fitness band compatible with all platforms including the iOS and Android, along with Windows. The app will have more features that will be exclusive to Band 2.0 only, though Microsoft has collaborated with others in the segment including RunKeeper, MapMyFitness, Jawbone, and MyFitnessPal.

An upgrade is always better in many terms, and with the Band 2.0 it is just the same. Apparently, the Band 1.0 is still a BETA product as many of the buyers have reported about it wearing off with daily usage, sensors providing wrong data, poorly made straps capturing air bubbles in them and what not. However, a majority didn’t have such issues, and the product is still a good buy among all other fitness bands. Let’s wait for the Band 2.0 to arrive.