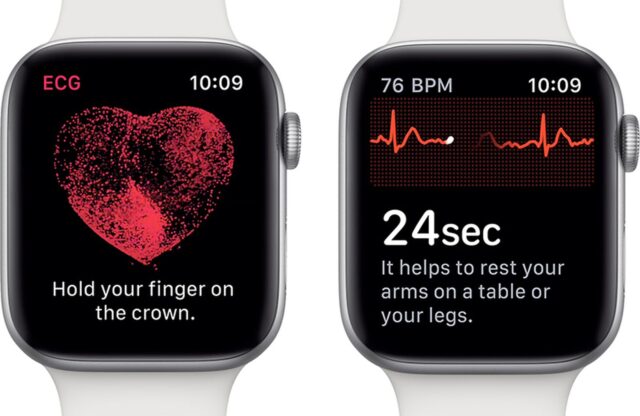 The Apple Watch on your wrist could soon be capable of keeping a tab on your blood glucose and blood pressure levels. These apart, there might also be sensors onboard that will allow the smartwatch to measure the alcohol level in your blood. All of these features are being touted to be part of the Apple Watch 8 package if not the Apple Watch 7 that is expected to launch this fall season.

Apple has been toying with the idea of including a blood glucose monitor on its smartwatch device for several years now. However, that seems ready to enter a definitive stage though things don’t seem to be ready for prime time yet, at least not before the first half of 2022. The UK-based company, Rockley Photonics, which makes the sensors for the above along with other intended features isn’t likely to be ready to deliver those until that time.

The Apple Watch has already built a niche for itself and is easily counted as among the most advanced smart wearable device out there. The Apple Watch has also proved to be lifesaving on several occasions where it sent out a warning well in time for the users to get in touch with the medical professionals and save lives.

Such an Apple Watch model no doubt will also enable Apple to maintain a strong presence in a segment that is expected to be valued at $48 billion by 2025. The Cupertino giant has already been witnessing a growth of 24 percent to $7.8 billion for its smart wearable, home, and accessories segment in Q1, 2024.