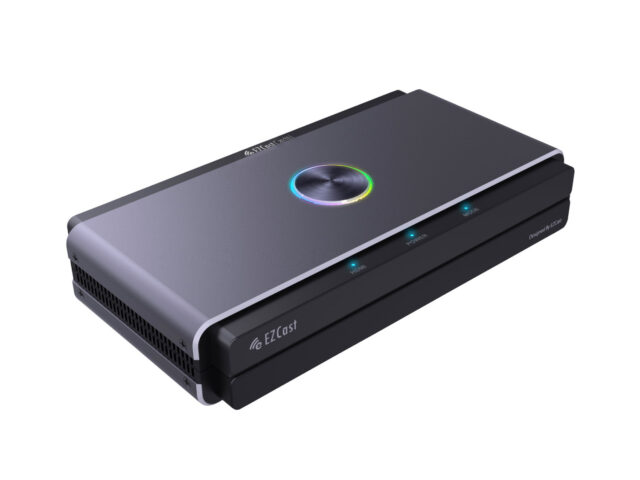 EZCast, a leading innovator of wireless display devices technologies, has announced its new CatchU, a universal video capture and streaming box designed for gamers. Whether gaming on a smartphone, the latest consoles, PC or Mac, EZCast CatchU can capture, save and stream the gaming action all at once via its versatile interface. EZCast CatchU makes sharing streams and simultaneous recording easier than ever, leveling up your content for fans.

Just one-click to record to USB attached storage and output a 1080p60 UVC stream simultaneously. Works with OBS Studio, XSplit, PotPlayer, and many other popular streaming tools. For smartphone users, simply hook it up to the CatchU via USB cable and it’s ready to go!

HDMI in and out built into the CatchU allows pass-through of 4K60 display streams from the console to a TV or monitor with very low latency, ensuring users can continue to enjoy gaming without lag even while the CatchU records.

Unlike many other capture devices that only support video game consoles, laptop and PC, CatchU is also designed for use with iPhone or Android smartphones. Simply plug in your Lightning/USB cable and you are ready to stream mobile games live.

Users can easily add their own voice into the gameplay stream, recording exciting reactions and direct interactions with fans and patrons. Simply connect a headset with microphone to the CatchU via its two 3.5mm jacks.

The EZCast CatchU will be available in early June 2022 with limited-time offer of USD$120 from Amazon for the first two months (MSRP USD$149).