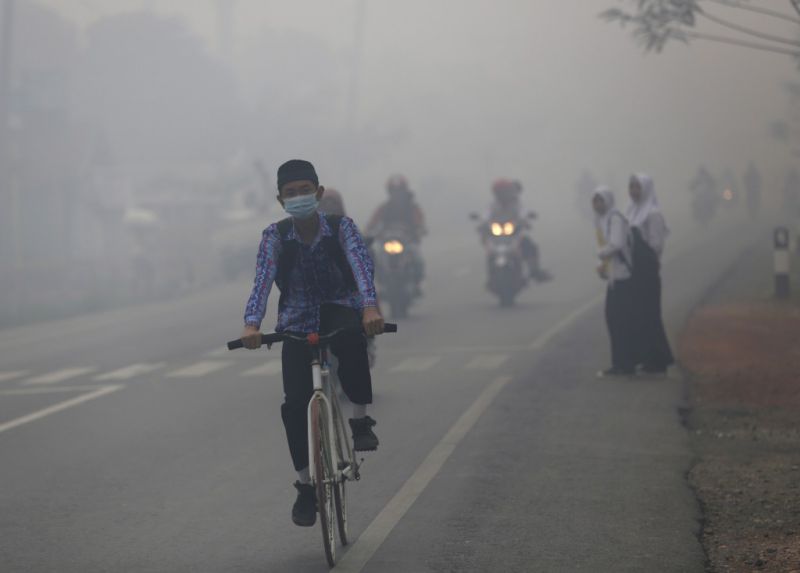 Although the phenomena of El Nino has come to an end, it has marked its evil impact on the planet. The latest study published in the Journal Nature Climate Change has revealed that the atmospheric carbon dioxide is expected to exceed 400 parts per million (ppm) for 2016.

The study was published in collaboration with the Met Office Hadley Centre for Climate Science and Services in England and UC San Diego’s Scripps Institution of Oceanography. It registered the world’s longest stretch of measurement for atmospheric concentrations of carbon dioxide. Researchers used the seasonal climate forecast model, and statistical relationship with sea temperatures and come to a conclusion that CO2 has seen a rise of 3.15 parts per million.

While it is a known fact that human activities are already causing a massive increase in CO2 in the atmosphere, but it’s now been worsened by this year’s extreme weather conditions.

Due to human emission the atmospheric carbon dioxide is rising year-on-year, but El Nino recently changed the sea-surface temperature of the tropical Pacific Ocean.

The first time Charles David Keeling spotted the increase of CO2 when he began recording CO2 at Mauna Loa, Hawaii in 1958. But the researchers estimates that 2016 will for the first time see the rise in the concentration above 400ppm all year round in Mauna Loa.

The researchers already predicted that this year will see the maximum level of CO2 concentration at 407ppm as compared to last year. The average concentration of CO2 in 2016 is forecast to be 404.45 +-0.53, which dropped in September to 401.48 +-0.53 and again resumed their ongoing rise next year. Scientists expect that the CO2 concentration will remain above 400 parts per million for at least a human lifeline.