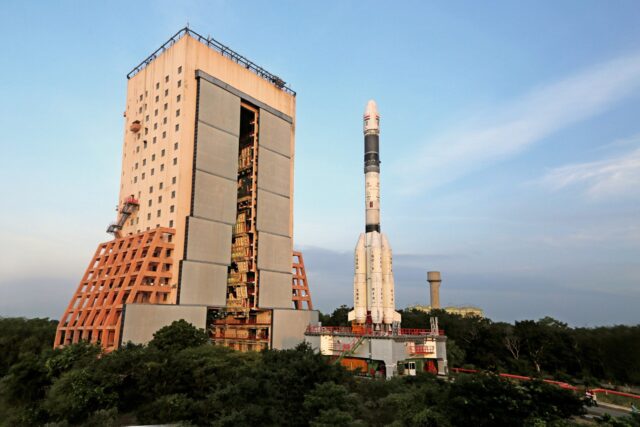 The INSAT 3DR satellite will be put into orbit by the GSLV-F05 launch vehicle at 4.10 PM on September 8. The countdown spanning 29 hours before the launch of GSLV-F05/INSAT-3DR mission has been started at 11.10 AM on September 7.

The Mission Readiness Review committee and Launch Authorisation Board of the Indian Space Research Organization (ISRO) cleared the countdown for GSLV-F05 launch at 11.10 AM on Wednesday. The mission control room conducted a comprehensive study of the various aspects of the satellite including health and gave go ahead for the launch.

With a weight of 2211 kilogram, the GSLV-F05 will put into orbit the INSAT 3DR satellite, which will be placed into a geo-transfer orbit. After the lift-off, the satellite will be taken to the relevant geosynchronous orbit using its own propulsion systems.

The INSAT 3DR has an operational life of 8 years. It is equipped with the modern instrument designed and developed as per the latest technological developments. The main aim of the INSAT 3DR is to study weather patterns, assist in the surface-level search including rescue operations.

In a statement issued by the space agency, the countdown for the launch of ISRO’s advanced weather satellite INSAT-3DR on-board GSLV-F05 commenced at sharp 11.10 AM on September 7. This is after getting a clearance from the launch board.

The GSLV-F05 vehicle will soar to the skies from the second launch pad at the spaceport of Sriharikota, which is about 110 kilometers from Chennai.

Commenting on the launch, ISRO sources revealed that the launch carries an advanced weather satellite that would provide a variety of meteorological services to the country.

To recall, ISRO had tested GSLV D5 and D6 missions with similar configurations in January 2014 and August 2015. These missions put GSAT-14 and GSAT-6 satellites in the designated GTOs very precisely and without any errors.

Once the INSAT-3DR satellite reaches the GTO, the 2211 kilogram vehicle would make use of its own propulsion system to reach the final destination. Meanwhile, ISRO stated that the satellite will be stationed at 74 degrees east longitude. After reaching the intended GTP, the solar panels on-board the satellite will be immediately deployed.

The scheduled launch of the GSLV-F05 flight will be the 10th of India’s Geosynchronous Satellite Launch Vehicle. It is designed to inject 2 to 2.5 ton class of satellites in geostationary orbits.