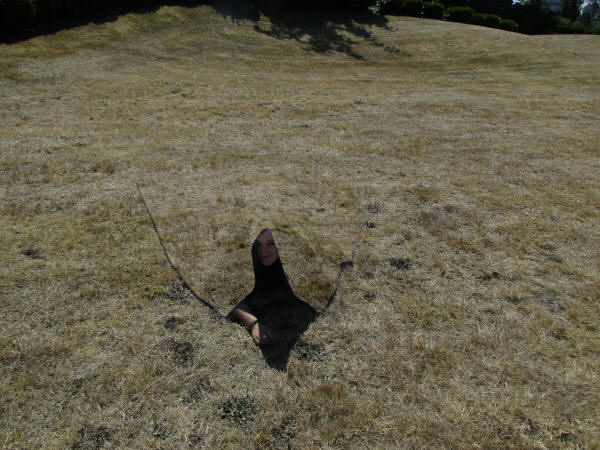 Scientist’s efforts to develop a cloaking material that will facilitate the disappearance of soldiers while on the battlefield are not in vain. They have finally yielded results having achieved a Hogwarts-like technology, the Harry Potter-style “invisibility cloak”. The “brilliant piece of kit” as referred to by military forces is being verified by the British troops in the US and seems to have promising presentations that will come in handy in the real life battle world.

The cloak is all magical having been made from a high-tech camouflage material known as Vatec. Its field trials were conducted at Fort Benning in Georgia in the US whereby soldiers from the 3rd Battalion were able to hide from the infra-red and heat-seeking sensors.

The material used can be molded into shapes to match the terrains hence it was able to maintain the hideaways during mock battles. According to the role players in the mock battles, soldiers who acted as the enemy could not trace them even after using the latest infrared trackers and heat-seeking devices.

The material used endeavors to imitate the extraordinary ability of cephalopods the likes of octopus and squid which can evade their predators with ease. The chromatophores’ pigment-rich cells on the creature’s’ skin change color which makes it responsive to the immediate environment including the predator’s presence.

Well, the color-changing technology comes in handy to enhancing the military’s camouflage of their vehicles besides helping them adapt to the surroundings which happen in a span of five years.

There is a lot of optimism of the cloak’s reliability for use in military camouflage according to Professor Xuanhe Zhao from Massachusetts Institute of Technology.

But even as science he possibility of being able to restore how we carry out operations, there is a click of physicists criticizing the ability of invisibility cloaks. Nevertheless, it is just a matter of what time before the cloak is officially used and it is only then that solid conclusions can be made.