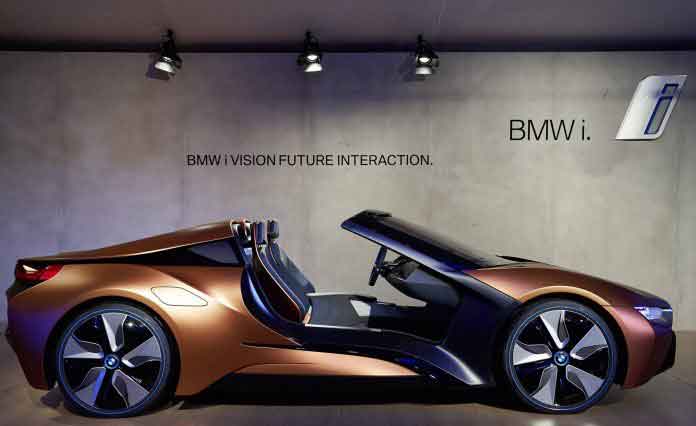 BMW Intel and Mobileeye are reportedly teaming up to work on a first fully autonomous self-driving car, which is expected to be commercially available by 2021. BMW and its partners are developing a pilotless car, essentially aimed at replacing the driver completely.

As opposed to the current self-driving technology where drivers are required to stay in control, they are developing an autonomous driving car that can drive by itself from the start to the final destination. This would need much more computing power and high-end software eventually bringing higher levels of automation, termed as “eyes off,” “mind off,” and “driver off” cruising.

It’ll be called the BMW iNEXT, the company’s first fully autonomous car. Test drives for which will start next year.

“Together with Intel and Mobileye, the BMW Group will develop the necessary solutions and innovative systems for highly and fully automated driving to bring these technologies into series production by 2021,” the three companies said in a joint statement on Friday.

Though despite the advancements made in the field of driverless cars, it still seems a far-fetched concept. As BMW’s announcement comes just a day after it was discovered that Tesla’s Model S autopilot feature caused the fatal crash where a male driver died. This sparked questions about the limitations of this technology itself.

“We have read the account of what happened in this case. Today’s collision avoidance technology or Automatic Emergency Braking (AEB) is defined as rear-end collision avoidance and is designed specifically for that. This incident involved a laterally crossing vehicle, which current-generation AEB systems are not designed to actuate upon. Mobileye systems will include Lateral Turn Across Path (LTAP) detection capabilities beginning in 2018, and the Euro NCAP safety ratings will include this beginning in 2020,” said Mobileye’s Chief Communications Officer Dan Galves in response to Tesla Model S autopilot crash.

Nitin started PC-Tablet because of his keen interest in space research, technology, and gadgets. He is an avid reader, technology enthusiast, and like to explore new places. His passion for knowledge keeps him running all the time.
Website: https://pc-tablet.com
Posts created: 3422

Samsung Galaxy S21 rumors, all that we know so far