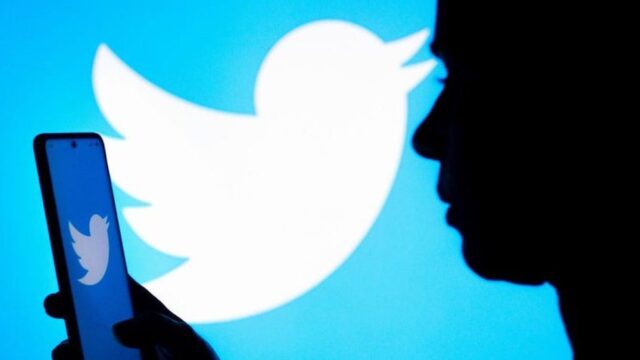 Everything that happens in the world, happens on Twitter first and India’s affinity towards video content plays out in real-time on the service. Whether it is the final of a tennis Grand Slam or a new movie teaser – Twitter is where people come to watch or talk about what’s happening – a majority of people (51%) on Twitter in India actively search for videos on the service. A recent Twitter report revealed that for 62% of people in India, Twitter is one of the main sources of video content online. The report also found that the service in India is associated with informative (59%), professional (54%), and exclusive video content (53%).

Consumers are the north star in brand building and to further unlock the potential of video for household names and budding brands, Twitter dived beyond the surface and uncovered interesting insights around consumer video consumption behaviour. The findings have been published in a report that both brands and marketers can tap into to accelerate successful adoption of this highly influential format.

Commenting on the report, Preetha Athrey, Director, Global Business Marketing, Twitter APAC, said, “This report on consumer video consumption behaviour is a window into what people are seeking and how brands can lean into it. Video is growing and is fast becoming a central piece of what’s happening on Twitter. The possibilities for our favourite moving medium are endless and we are seeing more and more brands tap into the power of click ‘play’ to engage with the most leaned-in audience, connect to what’s happening, and be a part of today’s visually-driven digital world.”

What are people watching most on video?

When it comes to video, connectivity and relevance are critical. Online conversations and consumption patterns are deeply tied to people’s interests – sports, entertainment, finance and much more. Videos that cater to people’s passions, are trendy, or seek to entertain, hold the greatest stopping power, and 70% of Indians agree that Twitter is a great place to see videos that align with their interests. In fact, a majority (65%) of people in India agree that there is a wider variety of video content on Twitter. The top interest-based categories that attract the most viewers are:

The second-screen experience: people are not just watching video, they’re also talking about it

Today audiences are on the lookout for more; their hunger for content goes beyond the television screen and converges on Twitter – where they come for a second-screen experience. Viewers turn to Twitter to catch-up on exclusive content like sports match highlights, behind-the-scenes footage from the most iconic events, or bytes and snippets from their favourite artists. Moreover, even while they’re watching videos on other platforms, they’re also on Twitter – talking about it.

While marketers lean on snackable content to tackle the short attention spans of today’s audiences, live streamed content might just break that pattern – almost 9 in 10 people on Twitter in India have watched a live stream video on the service. Several brands have harnessed the power of live video on Twitter – including automotives like Mahindra, OEMs like Oppo India, B2B-tech brands like Microsoft India – when introducing new products or campaigns.

With Twitter’s real-time nature, it is no surprise that people turn to the service to watch events as they unfold around the world. 88% of audiences in India say they have watched a live stream on Twitter, and these are the top categories of live content people are engaging with:

Twitter’s report reveals that 64% of its audience in India enjoys watching video ads to see what brands have to offer. This, and people’s overall inclination towards video, presents a concrete opportunity and space for brands to optimise the format when engaging audiences with ads – 57% of people on twitter in India prefer watching video ads on the service than on other platforms and 67% feel that video ads on Twitter are less disruptive to their browsing experience than on other platforms.

Brands across categories and sectors have been creatively optimising a range of video ad formats on Twitter. In the e-commerce category, Flipkart’s (@Flipkart) #TheBigBillionDays coupled the charm of celebrities with Twitter’s Video Ads with Website Buttons to drive audiences to the brand’s website; In the Banking, Financial Services and Insurance (BFSI) category, State Bank of India (@TheOfficialSBI) used Promoted Video to amplify the reach of its Holi campaign – creatively connecting with audiences around an influential festive moment; while Microsoft India (@MicrosoftIndia) coupled the power of Live video with Twitter’s Amplify Sponsorships to connect with the most influential, brand safe video content from premium publishers on the service and magnify reach for the brand’s #MicrosoftAI Innovation Series, as did CRED (@CRED_club) by collaborating with Harsha Bhogle (@bhogleharsha) to engage audiences during the recent cricket matches.