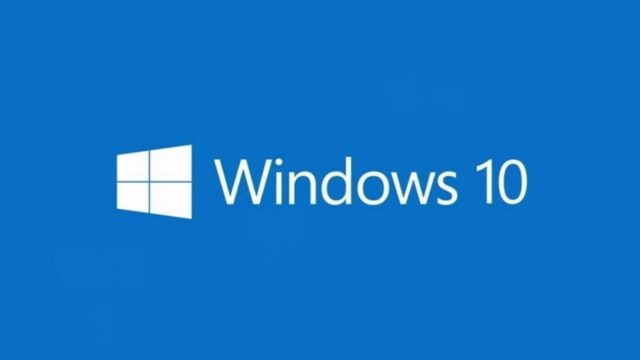 Notably, his Twitter post mentions that this information comes from Dell, who is currently one of Microsoft’s most important partners. Any other details about the upcoming update still remain unknown, as Microsoft has been rather tight-lipped about its roll out plans. That said, multiple reports in the past suggest that the upcoming Windows 10 Creators Update is expected for an April release if everything goes according to plan.

The upcoming update could be labeled as version 1704, though was earlier at version 1703 in Insider Builds which led to speculations that it would arrive in March. However, the final version is said to be 1704, where ’17’ indicates the year 2017 and ’04’ is the month of April.

Recent reports also indicate that Microsoft plans to release the next major Windows 10 Creators update alongside the rumored Surface Pro 5, which is also expected to launch sometime in April.

Microsoft has already revealed that the next Windows 10 update is going to be a massive upgrade, with innovations in gaming, mixed reality, connectivity, and more. Windows 10 Creators update is also said to bring Wi-Fi 802.11d support, WSB Dock Discovery, and more.

The update has now reached an advanced development stage, though is yet to be finalized. For now, its available for members of the Windows Insider program, and will reportedly reach the feature-locked stage by this month. Microsoft will then shift focus on bug fixes and performance improvements before it finally starts rolling out in April.

Besides, Microsoft also plans to release a third major Windows 10 update, codenamed Redstone 3 by the end of the year 2017. More information about Redstone 3 is expected to come after the launch of the upcoming Windows 10 Creators Update. As probably that is when the first RS3 build becomes available to Windows Insiders.