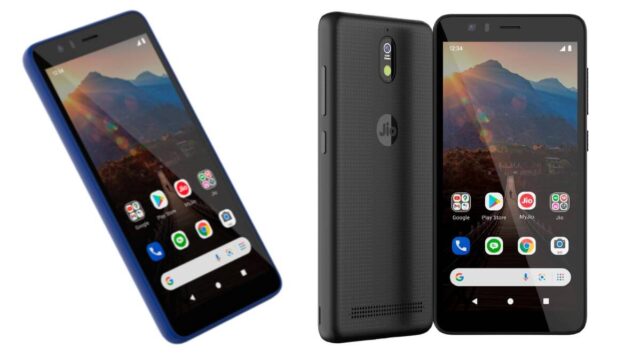 The JioPhone Next is back to hog the limelight thanks to its alleged spotting on a Google Play Console listing. The listing which also revealed a few key specs of the device points to its launch being just around the corner. From what has come to the fore, the upcoming JioPhone Next will be packing in a Qualcomm Snapdragon 215 (QM215) processor that would be coupled to an Adreno 360 GPU and 2 GB of memory.

As per the listing that was first spotted by Abhishek Yadav, the upcoming budget smartphone is also reported to feature an HD+ display having a resolution of 720 x 1440 pixels. The display will have support for 320 DPI screen density. The phone will be running Android 11 Go Edition right out of the box.

While all of this points to the device being an entry-level handset at best, the images as revealed in the listing aren’t too exciting either. And much of that has to do with the thick bezels surrounding the display while the chin and forehead is quite pronounced too. All of this makes for a look that is dated at best and is in stark contrast to the all-screen displays that almost all modern smartphones have come to sport off late.

Under the circumstances, the only thing that can still make the phone palatable is an appealing price tag. Jio is already known to play its price cards all too well though it remains to be seen how affordable the JioPhone Next is going to be. We should have all the details of the budget smartphone soon enough.