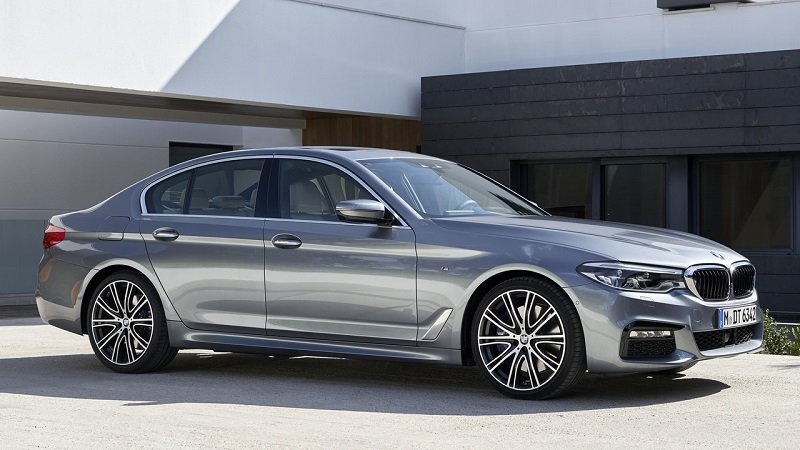 German automaker BMW has officially announced its upcoming BMW 5 series sedan that is expected to launch globally in February 2017. The upcoming seventh-generation BMW 5 series gets several design tweaks along with a plethora of new technological features.

On the outside, the 2017 BMW 5 series sedan gets largely inspired by the top-end 7 series. It gets the usual BMW front-grille which is flanked by twin circular LED headlamps. The front bumper gets slightly overhauled with muscular contours along with a new central air intake.

While on the back, taillamps on the new BMW 5 series sport a new design with L-shaped LEDs. The rear bumper gets a dual-tone finish and also sports a more muscular wider profile, similar to the front. In addition, it also features chrome-finished exhausts that’ll come as standard across all variants.

The 2017 BMW 5 series sedan will come loaded with a plethora of features such as gesture controls, navigation, Bluetooth telephone connectivity and other infotainment options. Besides, it also gets a voice control system that can understand and respond to voice commands. It gets a 9-channel 16 speaker Harman Kardon system while the top-of-the-line variant features a 1400 Bowers and Wilkins 16-speaker with 10-channel amplifier entertainment system. Moreover, the car’s interiors will be more luxurious than ever along with much bigger cabin space.

The upcoming seventh-gen BMW 5 series sedan is expected to hit Indian shores sometime next year after its global launch on February 11, 2017. In terms of pricing, it should available at the same price point of around Rs. 54.48-Rs.62.55 lakh as its current model. It will rival the likes of the Jaguar XF, Mercedes-Benz E-Class and the Audi A6 when it launches.