Home News The All-New BMW 7 Series Specifications, Price, and things you should know 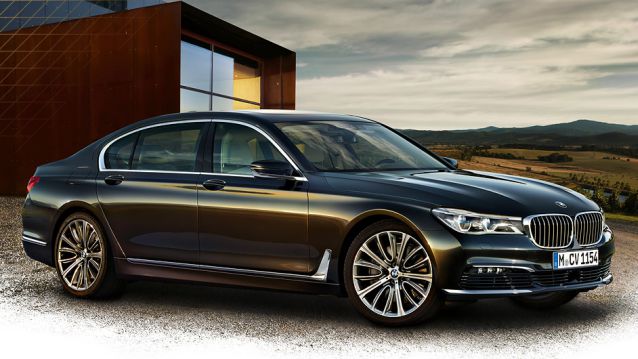 The all new BMW 7 series raises the bar for luxury drives to a surprisingly improved level. The German motorcar manufacturer has perforated the wall between luxury and technology and has introduced several features in the new 7 series that are easy to access and are elegantly executed.

BMW has marked three of its models in the new 7 series 730 Ld DPE, 750 Li DPE and 750 Li M Sport. We will discuss the specification of each model in a while, but first, let’s have a look what the 7 series has to offer.

The 7 series exclusively offer a completely automatic parking system. The key holsters a small touch screen which allows you to park in and out of a garage without even sitting in the car. The autonomous system is intelligent enough to park the car in tight spaces. BMW has also incorporated an autonomous steering control on all the models of the 7 series. The system allows the driver to go hands-free for 15 seconds before issuing a warning.

The 7 series sedans are equipped with laser light beams which increase the range of headlight to 600 meters. These blue laser lights also give the 7 series a commendable signature to its aesthetics.

A fascinating feature that has been used in a sedan for the very first time is the gesture control. You can command the central system to turn up or turn down the volume and to take or decline a call using only gestures. It also comes with a head up display right on the windshield and the size of the display has been increased to 75%.

The rear seat or as the BMW terms it, the executive lounge, comes with a touch command system. A Samsung tablet rests on the rear seat which has integrated controls of the sedan. You can adjust your seating position, roll down windows, control entertainment system, control the air conditioning or even turn your seat into a massager all by a simple touch.

A Welcome Light Carpet around the sedan clubbed with a light controlled sunroof enhance the overall experience of riding in this luxurious coupe.

BMW has finally taken the lead in developing a carbon-fibre frame for commercial luxury vehicles. BMW frames are now lighter yet stronger and employ a mix of carbon, aluminium and steel which has been named as Carbon-Core by the enterprise.

The all-new 7 series carry Kidney Grill Bars which opens up only to feed in air to cool down the engine. Thus, it contributes to a lesser drag coefficient all the while it is closed.

BMW has successfully attracted the attention of the elite with this new range which gives the rider one hell of a futuristic feel. BMW also gives us a hint of what its future merchandise will have to amaze us. Although the autonomous drive system is far behind Tesla and Audi RS7 but the features in the 7 series outshines the rest.

The 7 series starts at a price of 92.9 Lakhs and this is what it offers its customers in India.