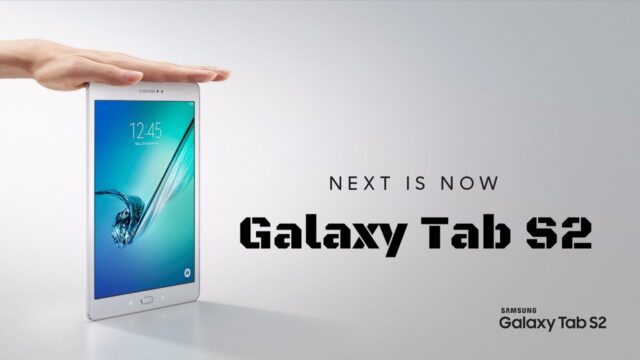 Samsung released an updated Galaxy Tab S2 tablet with improved performance features such as integration of Qualcomm Snapdragon 652 processor. The refreshed devices of the Galaxy Tab S2 8.0 and Galaxy Tab S2 9.7 are available in Germany through Cyberport.de starting at €449.

Originally announced in July 2015, the South Korean tech giant is expected to announce the tablet’s successor somewhere around July this year. In the meantime, Samsung has secretly released new variants in a bid to occupy the competitive tablet arena.

Talking about specifications, the Samsung Galaxy Tab S2 features both 8-inch and 9.7-inch Super AMOLED display with a resolution of 1536 x 2048 pixels. Samsung has integrated a 64-bit octa-core Snapdragon 652 processor, which offers better CPU performance than the original Galaxy Tab S2 with an Exynos 5433 chipset.

The addition of fingerprint scanner is regarded as one of the most attractive features since there are not many tablets with the sensor. We expect the release of the refreshed variant of the Galaxy Tab S2 in other European markets including India soon.