In our quest of finding the best affordable Bluetooth speakers currently in the market, we now have a new pair of outdoor Bluetooth speakers from Blaupunkt. Dubbed as Blaupunkt BoomBox BB35 that offers tempting features in its segment. Let’s see how does it perform in our detailed review. 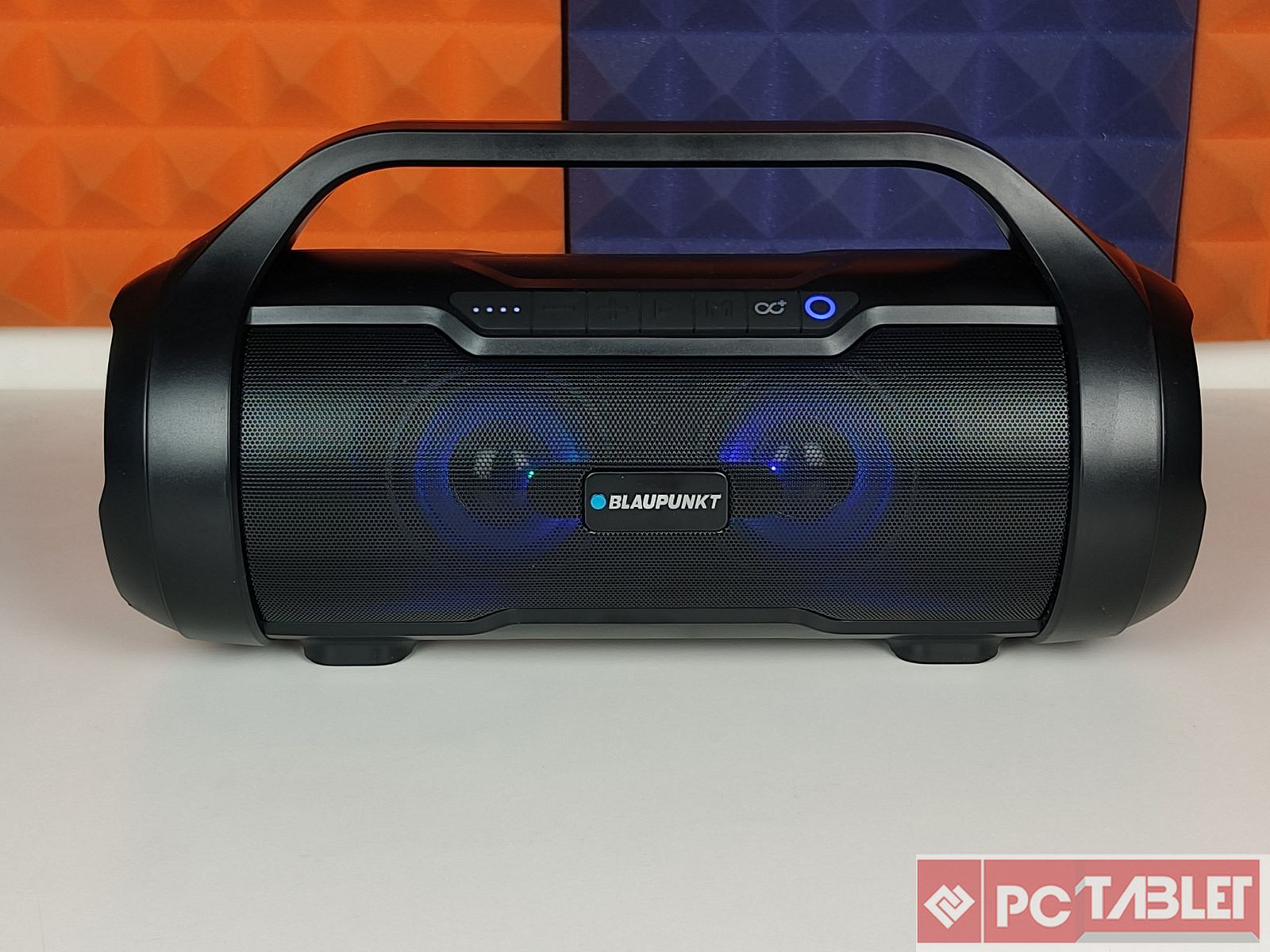 Starting with the design, the BoomBox BB35 resembles the design of a pill speaker which we have seen from the likes of JBL and Sony in the past. In order to add that boombox flair, Blaupunkt went ahead and added a handle onto the body. Now, this doesn’t resemble the original boombox’s that the 90’s people would remember. 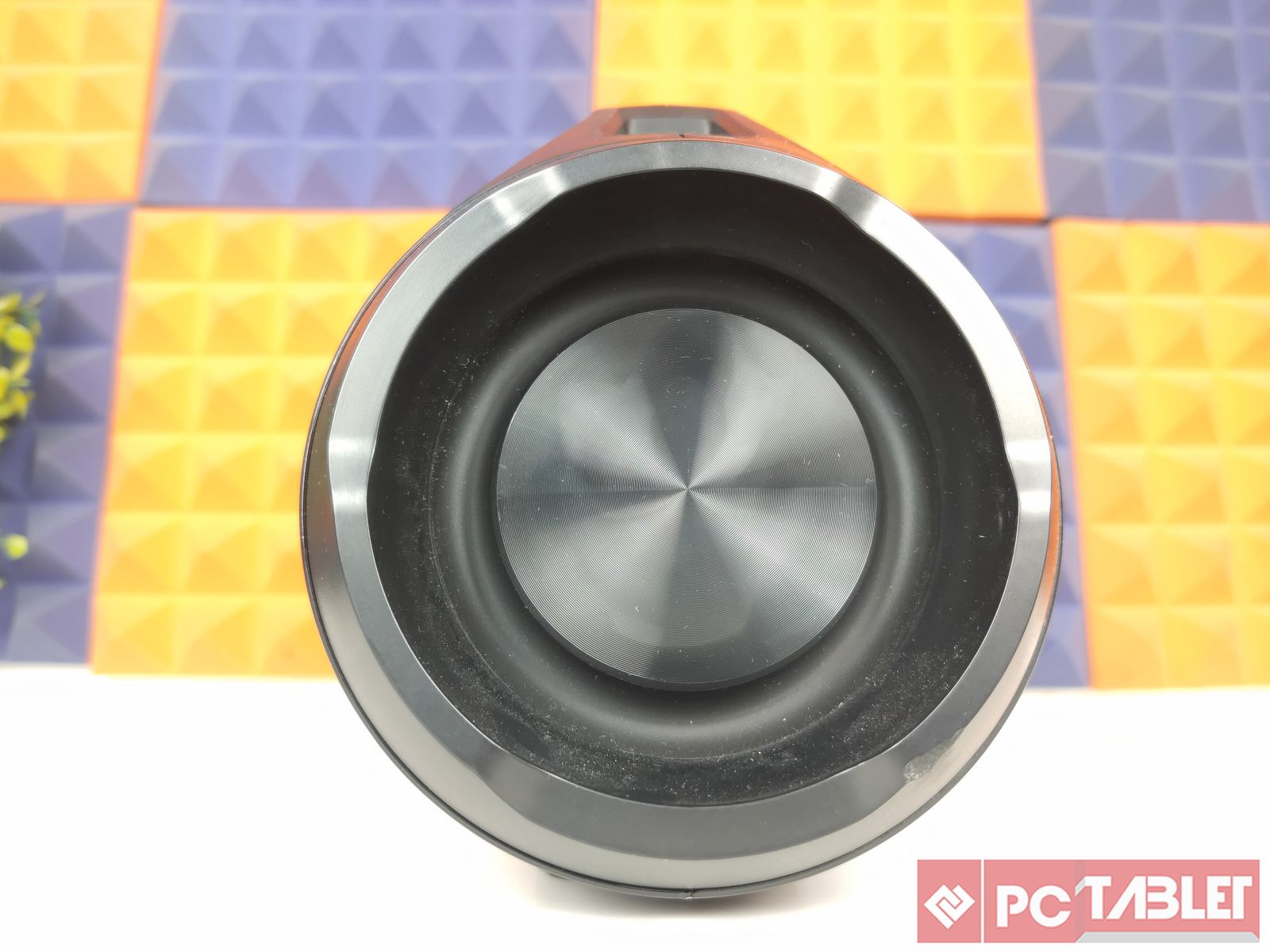 The entire speaker is made out of high-quality plastic and feels adequately sturdy. Since it’s a pill-shaped speaker, there are two rubber feet on the bottom for the speaker to be steady. Moving to the physical overview, the buttons are placed right on the front top with the Blaupunkt logo underneath. The logo is housed on the metal mesh with the two 15W speaker units visible underneath.

To add an upmarket feel, you would find a couple of LEDs hidden beneath the grill that lights up once the speaker is turned on. While the speaker might look bulky, the weight is distributed evenly. Overall, the speaker looks and feels decently build, in our opinion.

The BoomBox BB35 gets almost all necessary connectivity options that one would demand in a Bluetooth speaker. Apart from Bluetooth 5.0, it features FM Radio, a 3.5mm audio jack, and ports for USB Pendrive and TF card. 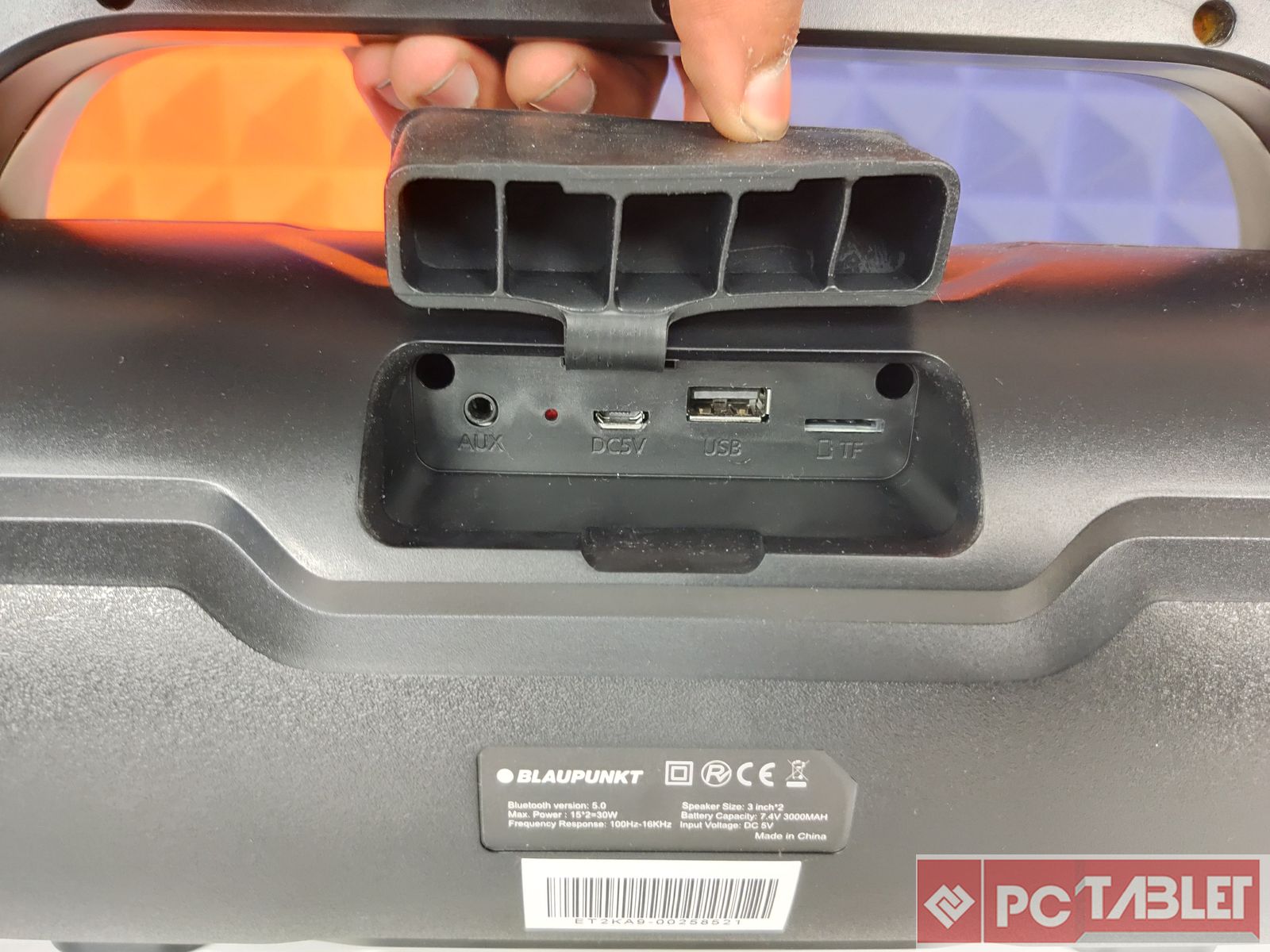 Setting up the Bluetooth speaker is quite easy and straightforward- simply tap and hold the power button for three seconds, and it’ll go into the pairing mode. Now, pull off your phone and scan for Bluetooth devices to proceed with the pairing. Once paired, the speaker will connect automatically the next time you turn on Bluetooth on your device.

As mentioned, the BoomBox BB35 houses two 15W units pumping out 30W in total which helps the speaker to fill a mid-sized room very easily. Coming to the audio quality, the vocals, as well as the bass, feel quite balanced. Even the instruments were audible for the most part. However, the audio does distort a little at the highest volume, which is the case with many speakers in the segment. 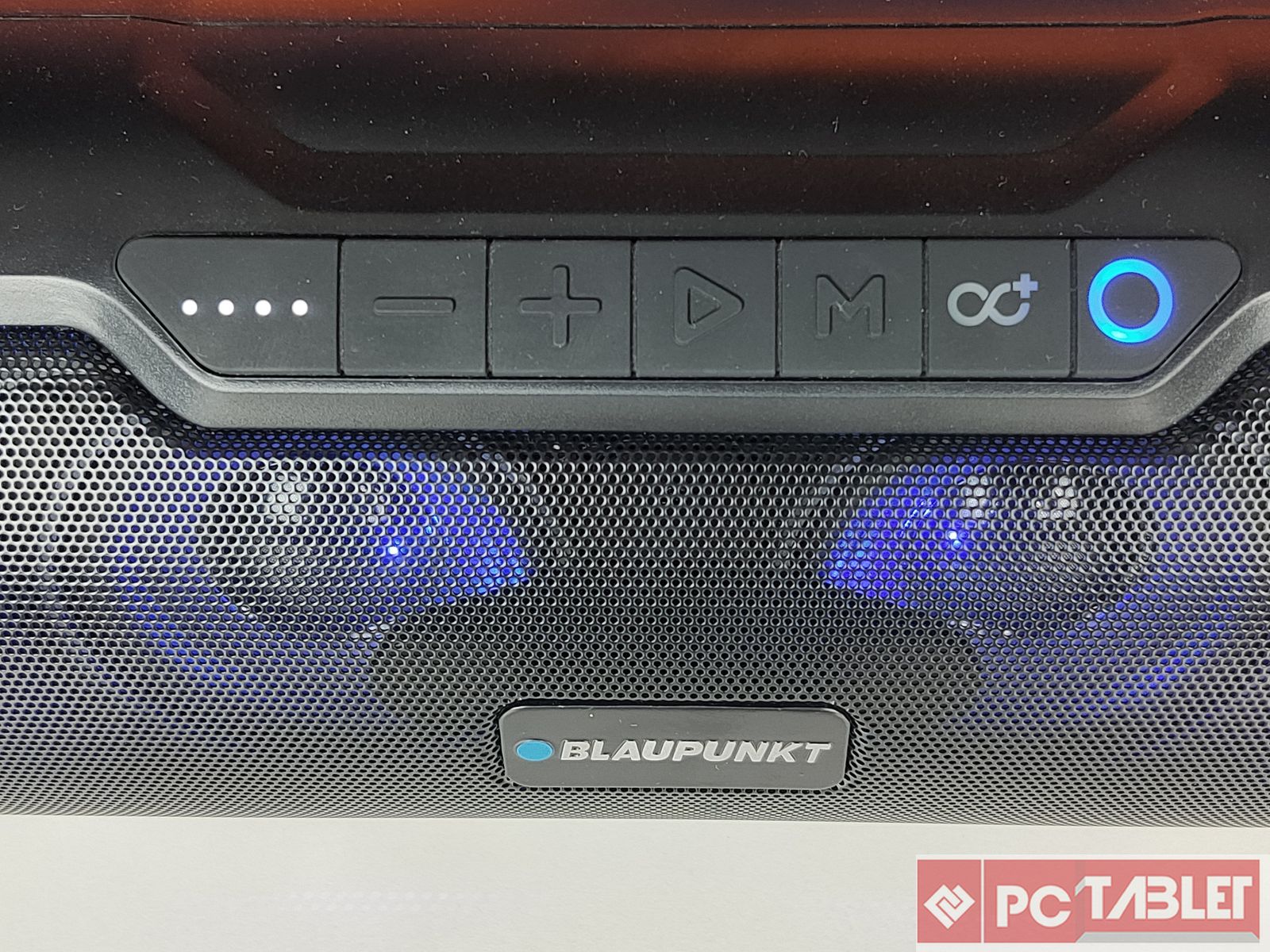 As for the battery life, the BoomBox BB35 gets a sizeable 3,000mAh cell that looks very good on paper and performs as well. From what we’ve experienced, it can manage somewhere between 5-6 hours on a single charge before dying out completely.

Blaupunkt BoomBox BB35 Review Verdict- Should you buy it? 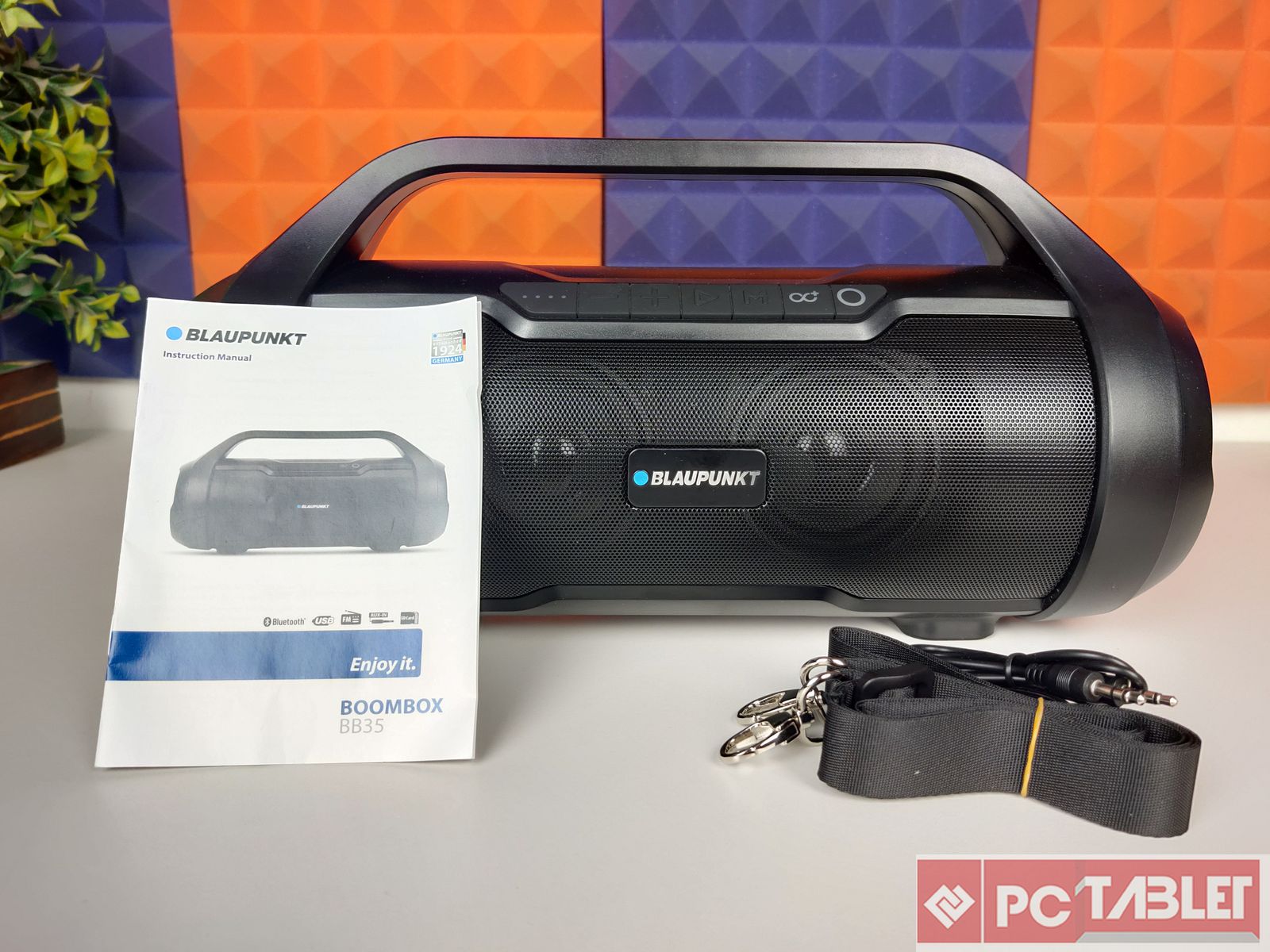 For the INR 3,999 price tag that this speaker comes with, there are a number of shortcomings. There’s no denying that the build quality could’ve been a little better. And the audio while being good enough isn’t the best in class.

What’s saving this speaker is the splash-proof rating, a moderate battery, and a sturdy/functional build. That 4k price in our opinion is a bit more and if priced sensibly, the BB35 would have made a compelling offering.