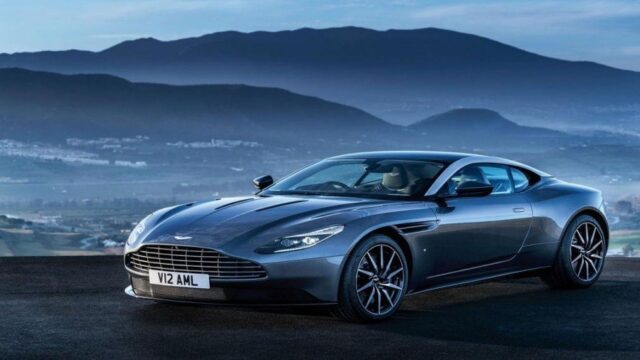 Aston Martin DB11 that was showcased at the 2016 Geneva Motor Show has launched in India for Rs. 4.27 crore. The fixed price is for New Delhi and will vary depending upon each state. According to reports, the launch of DB11 has set new benchmarks not only for Aston Martin but also for other manufacturers. The car will pose fresh challenges to rivals like Mercedes-Benz, Audi, BMW, and Jaguar.

The Aston Martin DB11 features a refreshed light and strong build coupled with aluminum bonded structure. The car has been designed in a new approach to style while upholding the original design of the previously released Aston Martin.

According to auto enthusiasts, the long front-hinged clamshell bonnet is said to be the longest when compared to other competing cards. If you look at the design, you will be able to view that the roof-strakes flow neatly from the A to the C-pillar. Furthermore, the flow visually merges seamlessly into the stubby rear section.

On the design front, the Aston Martin DB11 has been manufactured by leveraging the use of aerodynamics to prevent front and rear-end lift. The brakes featured on the side offer special air vents to remove high-pressure air from the inside of the wheel arch. This will ultimately reduce front-end lift.

To prevent rear-end lift, the Aston Martin DB11 makes effective use of Aeroblade virtual spoiler. You will find air-intakes at the bottom of each C-Pillar that feeds air onto the Aeroblade. This process will generate downforce.

Talking about specifications, the Aston Martin DB11 features a 5.2-litre twin turbo coupled with a V12 engine that develops 608PS and 700Nm. According to company sources, these revealed figures will translate to a 0-100kmph time of 3.9 seconds including a top speed of 322kmph.

The engine integrated into DB11 also features cylinder-bank deactivation and start-stop technology. This will enhance fuel efficiency when driving around at city speeds. The engine of the motor is integrated to an 8-speed ZF automatic transmission.

With three driving modes namely GT, Sport and Sport Plus, the Aston Martin DB11 features a 12-inch TFT LCD instrument panel and 8-inch infotainment system developed in association with Daimler. The company has integrated a rotary control to operate the integrated infotainment system with an optional gesture control touchpad. The entertainment system consists of auto-park assist including a 360-degree camera which provides a glimpse of the car, while parking in tight spaces.

The company is planning to showcase the DB11 by conducting a series of road shows. You will have a chance to experience the car and place order right on the spot. However, in order to increase sales, the company should appoint more dealers. Right now, the company has one dealer in New Delhi and Mumbai.