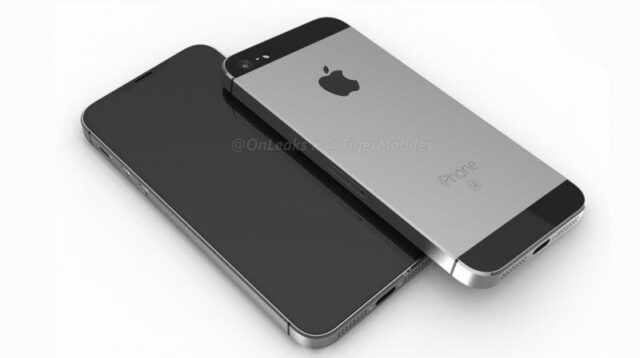 Rumors have been swirling around that Apple plans to launch the iPhone SE 2 in the market sometime this year. Now, leaked renders of the handset have surfaced online which suggest what the handset might look like.

Popular tipster @onleaks has posted 3D CAD renders of the alleged iPhone SE 2 suggesting that the handset might not retain a 3.5mm headphone jack. Going by the CAD renders, iPhone SE 2 will sport the classic iPhone design, something we saw with the launch of the iPhone 5.

Furthermore, renders also indicate that the purported iPhone SE 2 will flaunt a full screen bezel-free display, along with the infamous iPhone X-like notch which will house the earpiece. Not to mention, sensors such as TouchID or Home Button are not visible, implying it may come with FaceID as a security feature.
Finally, renders also suggest the device may have ditched the 3.5mm headphone jack. Thus, it appears that Apple could be finally giving up on the old analogue audio output port for all of its 2018 iPhone models.

The power button, however, retains the same position and is housed on the top right corner of the handset.

Not much is known about the handset’s specs, but rumour has it that the iPhone SE 2 might run the A10 processor, an older camera setup, as well as an LCD screen to keep the price tag in check.

That said, its worth noting that this is till a leak and nothing is official at the moment. However, OnLeaks’ renders in the past have mostly been reliable, which suggest prototype shown in the renders of the iPhone SE 2.