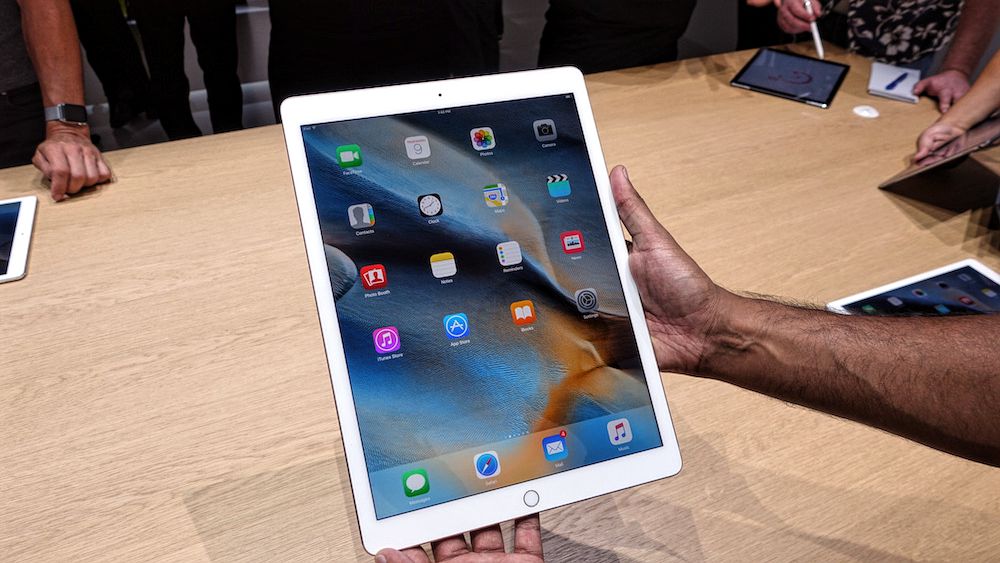 Apple iPad Pro has been launched in India starting from Rs. 67,000 and is available to buy from all official retail stores. While iPad Pro Wi-Fi model ships in both 32GB and 128GB, 4G model is also available separately. The 128GB variant is priced at Rs. 79,900. However, 4G LTE variant also includes 128GB storage capacity and is priced at Rs. 91,900.

Alternatively, Apple Pencil has also been released, which is more or less similar to that of a stylus for Rs. 8,600.

Apple iPad Pro also includes the required connectivity for an external keyboard. In order to work with this feature, Apple has released smart keyboard, which is available for Rs. 14,900.

The internals of Apple iPad Pro consists of a powerful Apple branded A9X chipset. According to Phil Schiller, the chipset offers enhanced performance that 80% of portable laptops. The company sources revealed that A9X processor performs like a standard desktop computer.

iPad Pro ships with an 8MP iSight camera that is capable of Full HD video recording, four speakers, iOS 9 in addition to multitasking features such as Slide Over, Split View, and Picture-in-Picture.

As mentioned above, Apple Pencil is a white coloured pressure-sensitive, precise stylus and is oriented for creative professionals.

iPad Pro enables you to transform and orient the keyboard and hence you can work both as a tablet and laptop. It also acts as a protective cover for the device.

Apple Pencil and Smart Keyboard are available separately and not included with Apple iPad Pro. We expected a keyboard should be bundled with the device considering the cost.

We expect the cost to come down within the next 2 to 3 months. Apple iPad Pro is oriented for a corporate business professional who would like to shell out Rs. 67,000 for a 10-inch tablet.