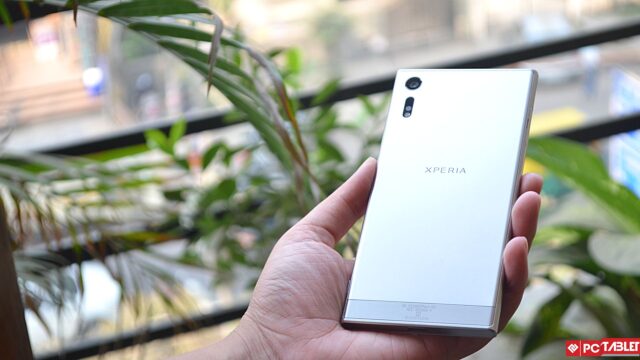 Recently, Sony has confirmed that it will launch two flagship smartphones and kill the company’s Premium series. Falling in line with the announcements, Sony’s G8441 handset has surfaced on AnTuTu benchmark listing which revealed some of the specifications of the device. However, The tech giant has already mentioned that it will be a part of the IFA event in Berlin that’s scheduled to start on September 1, 2017.

According to the listing, the Sony G8441 will be powered by an Octa-Core Snapdragon 835 chipset coupled with 4GB of RAM, and 32GB of internal storage, but it might also come in 64GB version also. The listing also confirms that device will feature 8MP front and back shooter and will run on Android 8.0 operating system. 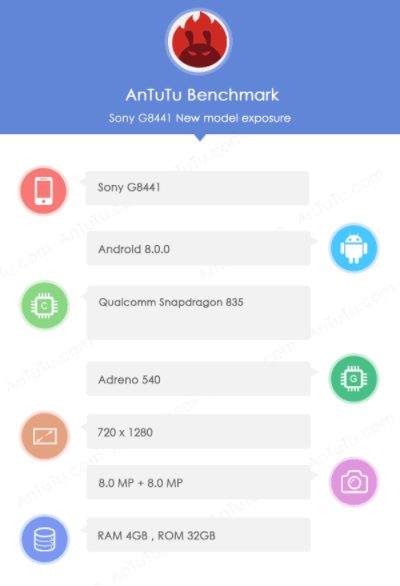 On the other hand, the device is also spotted in the company’s User Agent Profile (UAProf) database on Wednesday, with the relevant code containing references to both 720p and 1080p resolution.

Earlier this week, according to GSMArena the pricing of the handset is revealed by a Polish retailer, Komp.Tech, who claims that Sony G8441 is probably named as XZ1 Compact. The handset will sport a 4.6 inches display, Snapdragon 835 chip coupled with 4G RAM and will be priced around $737(INR 47,610).