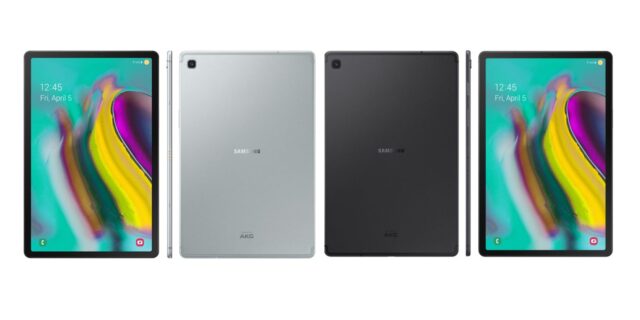 Lately, Samsung confirmed the debut of Galaxy M40 for June 11 in India. Now, a new report suggests that the company might also launch Samsung Galaxy A80 and Galaxy Tab S5e, accompanied by Galaxy Watch Active within this month in the country. 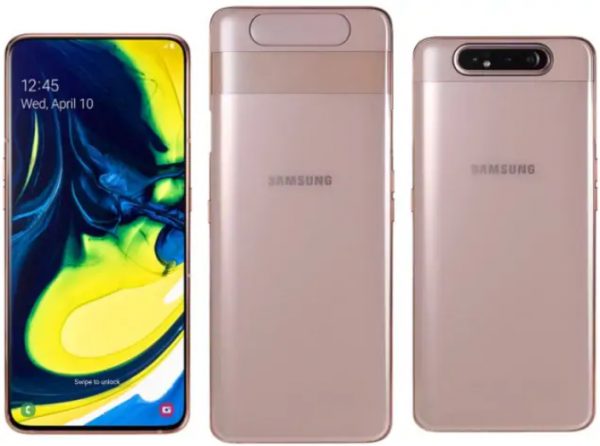 Notably, Samsung Galaxy A80 flaunts a rotating camera as one of its selling points. The phone sports a 6.7-inch Full HD+ Infinity Super AMOLED display with 20:9 aspect ratio. Under the hood, it’s powered by the all-new Snapdragon 730G SoC coupled with 8GB of RAM. The handset runs Android Pie with Samsung’s One UI on top.

The rotating camera module features a 48-megapixel primary rear camera with f/2.0 aperture, an 8-megapixel 123° ultra-wide-angle lens, and a 3D Depth camera. The camera, when flipped, can be used as the front camera, just like the Zenfone 6. As for the price, the Galaxy A80 is expected to arrive for a starting price of Rs 39,990 for the base model. The top end model, on the other hand, is tipped to retail for Rs 44,990.

The Samsung Galaxy Tab S5e, on the other hand, bears a large 10.5-inch WQXGA Super AMOLED display with 16:10 aspect ratio. Powering it is an octa-core Snapdragon 670 processor, clubbed with 4/6GB of RAM and 64/128GB of storage.

The tablet gets a 13-megapixel rear camera with LED flash, followed by a 5-megapixel selfie shooter. Interestingly, it gets a total of four speakers tuned by AKG. On the software front, it runs Android 9 Pie and is powered by a massive 7,040mAh battery with support for Fast Charging.

The Galaxy Watch Active, as the name suggests, is a younger sibling to the Samsung Galaxy Watch. It boasts of a 1.1-inch (360 x 360) Always-On-Display with Corning Gorilla Glass 3 protection. Furthermore, the wearable gets powered by dual-core Exynos 9110 with 768MB RAM and 4GB Internal Memory.

On the software terms, the watch runs on Tizen-based Wearable OS 4.0 and has 5ATM + IP68 water resistance. It comes with health monitoring features like blood Pressure monitor and heart rate sensor. Other notable highlights include Bluetooth 4.2, Wi-Fi b/g/n, NFC, A-GPS/Glonass, and a 230mAh battery. We expect it to retail for a price of Rs. 15,000 in the country.