Samsung to challenge OnePlus with its Samsung Galaxy A80 and A70, price revealed 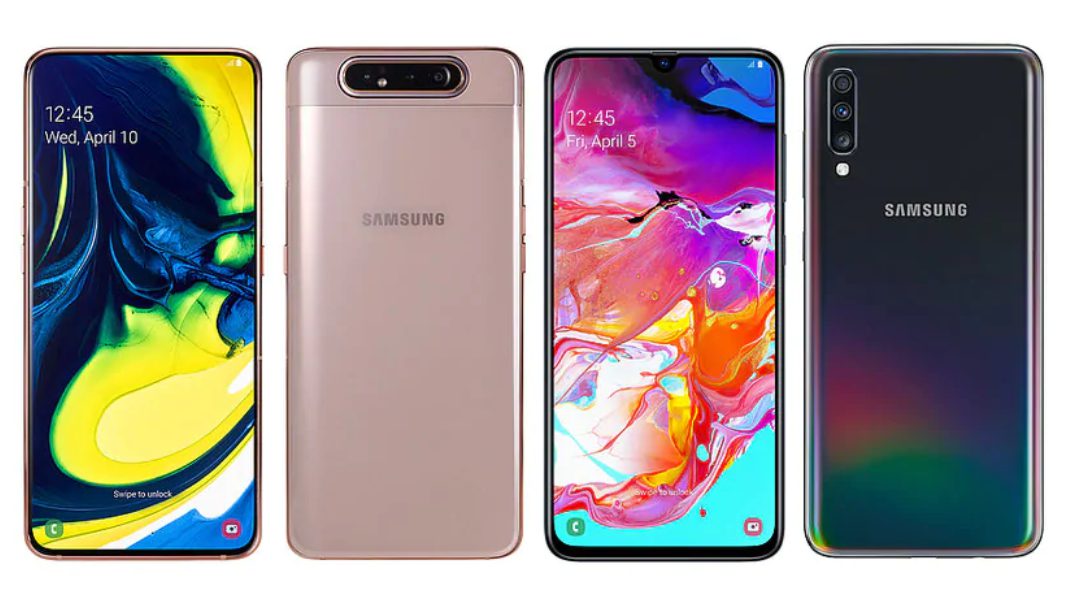 Samsung has lately launched a couple of smartphones in its revamped A-series of Galaxy smartphones. Now, the company is gearing up to launch its next Galaxy A devices in India, dubbed as the Samsung Galaxy A70 and Galaxy A80.

Samsung has been teasing the former through a dedicated microsite on its official website. Notably, the Samsung Galaxy A70 was officially unveiled late last month. It was further accompanied by the introduction of Galaxy A70 last week.

That said, both the handsets are yet to launch in India. The exact launch date is yet to be revealed; however, we still have plenty of information concerning the pricing of the Samsung Galaxy A70, as well as the A80.

According to a report by IANS News agency, the Samsung Galaxy A70 would launch next week with a price under Rs 30,000. On the other hand, the Samsung Galaxy A80 will arrive for a price under Rs 50,000 by the next month. For a price of around Rs. 45,000-50,000, the Galaxy A80 will be a direct competition for OnePlus in the premium mid-range segment.

He further added, “We are targeting $4 billion from the Galaxy A series over the calendar year. Just in the first 40 days starting March 1, we have sold a total of two million units of three Galaxy ‘A’ models in India — A50, A30, and A10. The revenue turnover from these three phones in 40 days is $500 million. I think this is a record for any brand in the industry.”

The Samsung Galaxy A70 offers a 6.7-inch Super AMOLED Infinity-U display with an FHD+ (2400×1080) resolution. Under the hood, the device is powered by Qualcomm Snapdragon 675 chipset, coupled with 6GB or 8GB of RAM and 128GB of internal storage.

For photography, the A70 gets a triple camera setup at the rear. The module comprises of a 32MP primary camera with f/1.7 aperture, an 8MP ultra-wide-angle camera, and a 5MP depth camera. Furthermore, it gets a 32MP selfie camera on the front. Fueling the internals of the handset is a massive 4500mAh battery, aided by 25W fast charging.

Moving further, the A80 is one of the first smartphones to feature Qualcomm’s new  Snapdragon 730G octa-core processor based on the 8nm process. Moreover, there’s 8GB of RAM and 128GB of internal storage.

The main highlight of the device is its rotating triple-camera setup. It consists of a 48MP primary sensor, 8MP ultra-wide sensor, and a time-of-flight (ToF) 3D camera module. Lastly, it packs a 3700mAh capacity battery with 25W fast charging support.