Samsung Galaxy Note 8 is going to be launch in September, and now the latest leaks from Weibo user Ice Universe suggest that the handset will pack a 6.3-inches 2K Super AMOLED curved display with 18.5:9 aspect ratio, Qualcomm Snapdragon 835 and 6GB RAM. However, there is no official confirmation from any company’s official regarding the leaks. Hence, all these rumors and leaks are purely non-authentic and perfectly based on speculations. 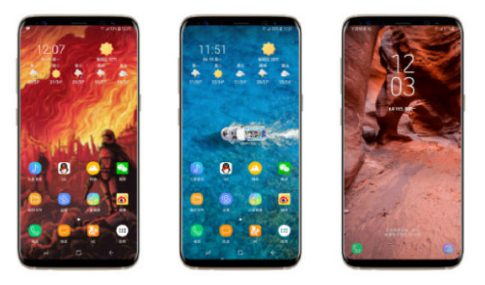 The rumor mill has it that the Samsung Galaxy Note 8 will sport a horizontally stacked 12MP dual rear optics with Optical Image Stabilization and F/1.7 aperture. The device will come with a 3300mAh battery, S Pen, and DeX functionality. Furthermore, the handset will be available in Black, Blue and Gold colour.

In an another report, which claims that the device will feature heart rate sensor to the right of the rear camera lens. The Galaxy Note 8 will be available in 64GB and 128GB ROM variants with an expandable storage up to 256 GB via microSD card. Tipster Evan Blass claim that the Note 8 will be the most expensive Samsung smartphone and it will be priced at INR 72000.

As far as the device design is concerned, it was speculated that the aesthetics of the Note 8 will be the same as S8 devices with a few minor change.

At last, all those leaks and rumor proofs that the Note 8 curiosity is at peak right now. The device is still far away from the launch but the excitement for device among the Samsung fan base and tech savvies is remarkable. With the huge success of Galaxy S8, Samsung will surely capitalize on this opportunity as well and hopefully, the handset will become an instant hit after the launch.